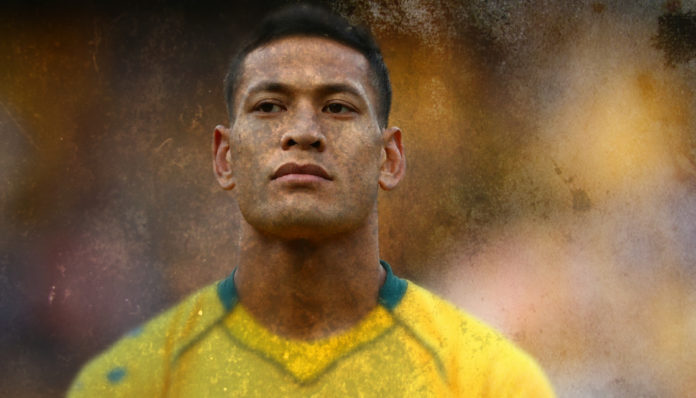 In a surprise move, Rugby Australia have issued an apology to Israel Folau for terminating the former Wallaby’s contract.

Folau had his multimillion-dollar salary ripped up by RA in April after making a series of homophobic social media posts including one in which he said  “hell awaits” gay people.

The former Wallaby was seeking $14 million in compensation for his remanning salary and potential lost earnings.

RA was originally determined to hold its ground as mediation ordered by the Federal Circuit Court began this week and a marathon 12-hour session on Monday failed to broker an agreement.

However, on Wednesday afternoon, Folau and RA released a joint statement saying they had settled for a confidential amount.

The statement says Folau “does not condone discrimination of any kind” and also reinforced RA’s position that it does not agree with his views because the governing body preaches inclusivity within the sport.

Both RA and Folau have apologised for ‘any hurt’ the damaging saga has caused.

“Rugby Australia, NSW Rugby, and Israel Folau have today settled their legal dispute following the dismissal of Israel Folau after he posted a religious message on social media,” the statement read.