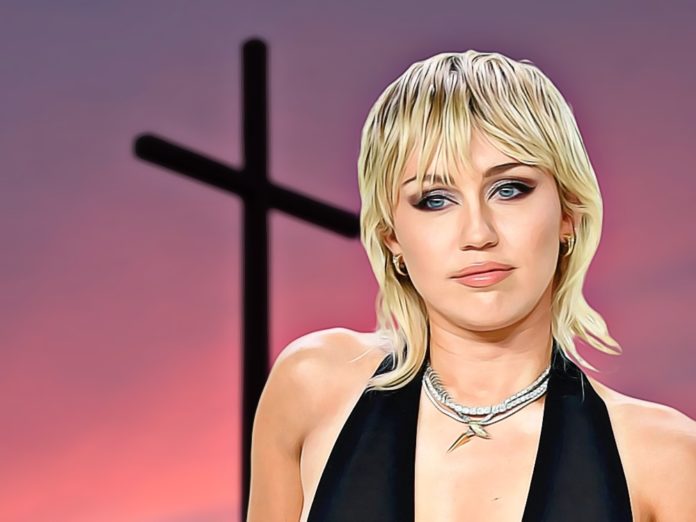 Openly pansexual Miley Cyrus has expressed to her legion of fans that she was turned away from her church as a teen because of their anti-LGBTQ beliefs and that the church also sent some of her gay friends away to conversion therapy.

The 27-year-old singer, who came out as pansexual in 2015, made the disclosure during her new Instagram Live talk show, “Bright Minded,” as part of an interview with Hailey Beiber, who is the daughter of the actor (and conservative Christian activist) Stephen Baldwin and the wife of Canadian pop star Justin Beiber.

When the conversation turned to the subject of religion, Beiber told Cyrus she had found her own relationship with God had changed as an adult, becoming a personal one in which she was free to find spirituality and a church “that worked for me.”

At this point, Cyrus spoke up to share from her own experience of being raised in a conservative Christian environment.

“I was also brought up in the church in Tennessee – at a time in the ’90s, so it was a less accepting time,” she explained.

“I had some gay friends in school, the reason why I left my church is that they weren’t being accepted.

“So, I think now you telling me that I’m allowed to redesign my relationship with God as an adult, and make it how it feels most accepting to me, would make me feel so less turned off by spirituality.”

Beiber and her husband are devout Christians who belong to Hillsong church, an Australian Pentecostal denomination that has 80 churches internationally.

It presents a contemporary, hip image, and espouses the concept of “prosperity theology,” in which followers believe that wealth is a sign of favour from God.

For her part, Beiber told Cyrus that she believed “Jesus is about loving people no matter where they’re at in life,” and that she has always had a hard time with “church making people feel excluded and not accepted” because of “who they love, or who they don’t love.”

According to its website, the church “does not affirm all lifestyles,” and former gay members have claimed that it had tried to push them toward conversion therapy. Another celebrity member, actor Chris Pratt, was called out on social media by out actress Ellen Page for attending the church, which she described as “infamously anti-LGBTQ.”