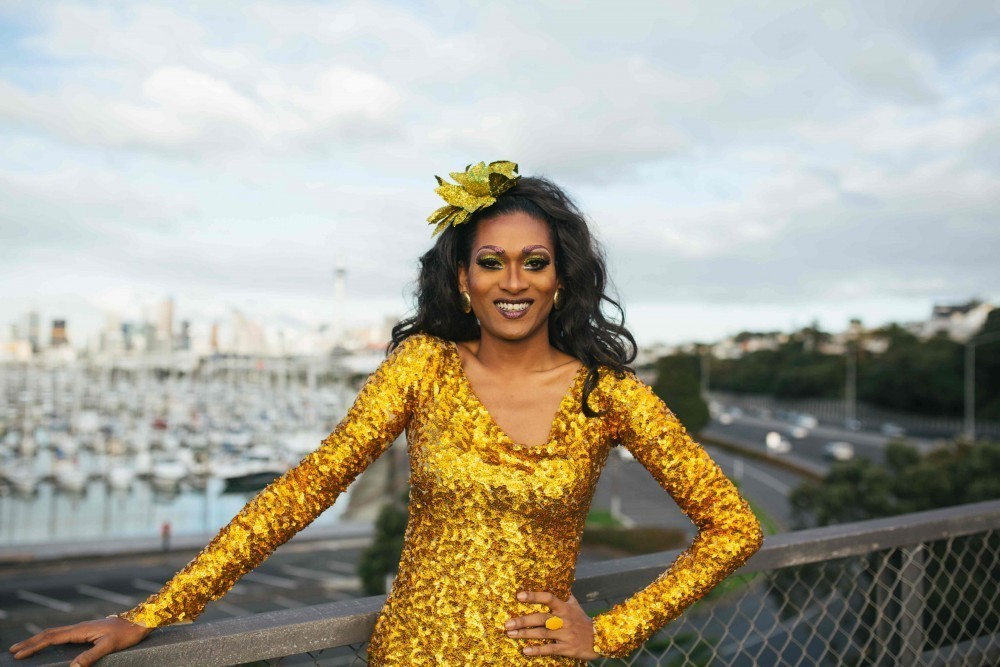 Medulla Oblongata is both gay and a refugee. He performs drag and will star in July 18th’s episode of Both Worlds, a show about first and second generation Kiwis. He speaks to Levi Joule about the need to do more for those seeking asylum in New Zealand.

Medulla first arrived in New Zealand in 2004 to receive an education, his parents originally wanted to send him to Saudi Arabia. “I am from the Maldives and my family are devout Muslim. It took some convincing to get them to send me here” Medulla tells express.

Being in New Zealand gave Medulla rights and freedoms he had never thought were possible – like doing drag. “I had seen a few drag movies on the sly, so I started doing drag pretty much the moment I arrived in New Zealand.”

“I sort of led a double life for a long time. I knew I was gay, but I had to hide it from my family and other Maldivians living here. Finally one day, possibly a bit too optimistically, I called my father and told him I was not a Muslim, gay, and a drag queen. I’m not sure which of the three things upset him, but he seemed pretty unhappy. He convinced me to go back to the Maldives for a holiday, and when I did he cut me off financially and forbade me to return to New Zealand.”

There were some letters to my father demanding on pain of death that he kill me, but he decided to just disown me. The threats of violence resulted in Medulla needing to come back to New Zealand. He obtained air points from friends in New Zealand and returned.

“According to reports we have heard from GLBT refugees their nightmare often continues as they seek asylum – people who are persecuted for their sexual orientation in their own countries often find themselves in refugee camps – where they will be living among people from their own and other cultures and where their persecution may continue” Amnesty International says.

Medulla says that while there is no special provision for GLBT refugees, they tend to be treated fairly well once once in New Zealand. The overall quota however needs to be increased. “We should be taking more refugees generally. We only take 750 refugees every year” Medulla says – In contrast to approximately 50,000 migrants annually.

“Having money when you first arrive is not the only thing needed to be a good migrant. Refugees are often educated and skilled, but mostly, that is not how they are perceived.” Medulla says.

“Of course, New Zealand takes pride in being a world leader, and first in many good things. I think we fit in here fine, and I think that the contribution of people like me to this country could be huge.”