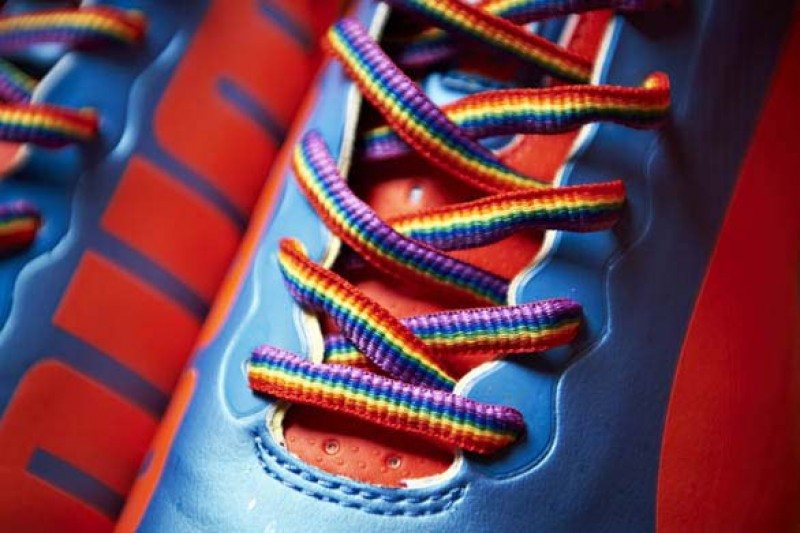 Local response to the 2015 Out in the Fields international study on homophobia in sports has been immense. From Steve Tew pronouncing that New Zealand is ready for a gay All Black, to commitment from New Zealand Football, New Zealand Cricket, New Zealand Rugby League, Netball New Zealand and Hockey New Zealand have committed to creating necessary frameworks for diversity and inclusion.

During a recent double-derby, Hurricane’s players donned rainbow laces “in support of our gay brothers and sisters.” New Zealand Rugby General Manager Neil Sorensen said that “Wearing bright laces or any bright colours are an easy way for people to support the idea that regardless of shape or size, background or beliefs, rugby is a game for everyone.”

Needless to say this is arguably the most discourse we have encountered around fostering inclusion and eradicating homophobic culture in New Zealand sports.

The 2015 Out on the Fields study highlighted the discrimination that the GLBT community face and Aotearoa’s only gay and inclusive rugby club, The New Zealand Falcons, are keen to support any efforts to ensure these conversations and eventual frameworks result in meaningful, tangible outcomes for players. Falcon’s spokesperson Gemma Bright said that “when we create a sporting culture where everyone can succeed it’s good for the whole country. We should never restrict our talent pool by something as archaic as homophobia. It’s not just the ethical thing to do, it’s the practical thing to do for the benefit of the game.”

With increasing discourse and more and more influential sports people speaking out against the homophobia ingrained in sporting institutions, Bright says that it is possible for “New Zealand become a place where there is zero tolerance for any kind of discrimination both on and off the field.”