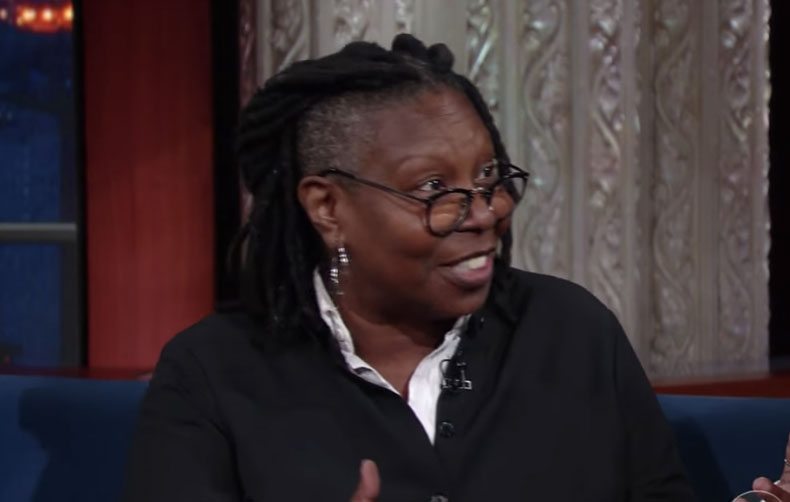 Whoopi Goldberg has recently appeared on The Late Show with Stephen Colbert to promote her new show, Strut – a show about Slay Model Management, an agency dedicated to serving transgender models exclusively.

During her interview, she addresses why asking about a transperson’s junk is a no-no: “it would be like meeting someone and saying ‘hey, I want to ask you something, how tight is your vagina?’”.

As she says, the prevalence of transpeople has grown with the public faces of Laverne Cox and Caitlyn Jenner, but transpeople have been around everywhere. Through her show, she hopes to bring to the attention that these are “regular people who are just trying to have their lives.”

One of the points she brings up about the trans community is that the general public feels “uncomfortable” around them, and that modelling “is a good way to not have to go in another direction because you’re a transgender person”.

Watch the full interview below: