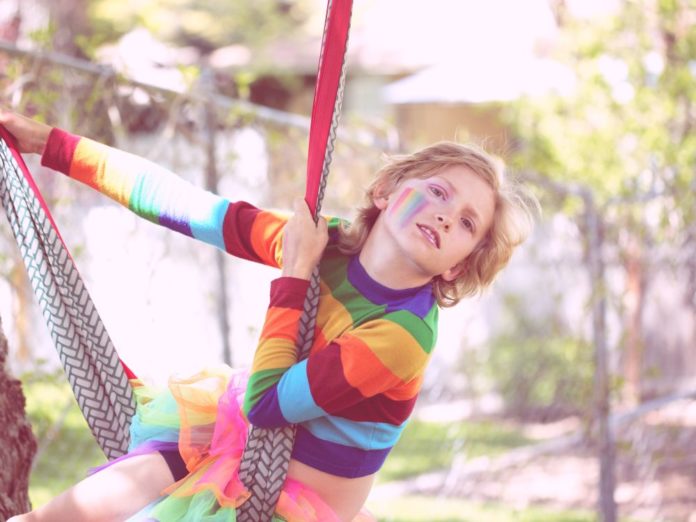 Queer Kiwi Poet Daniel Devenney takes a satirical look at gender identity using their own personal experiences as a catalyst.

When I was six,

I was told that dolls were for girls and toy soldiers were for boys.

Anyone that’s ever stood on one will know exactly what I mean.

Also, I never knew what the fuck to do with them?

Was I supposed to pretend they were killing each other?

Line them up and have them gun each other down,

When I was nine,

I was told that only ladies cross their legs when they sit.

I thought this was the dumbest shit I’d ever heard.

I uncrossed my legs all the same.

When I was twelve,

I was told I swing my arms and hips too much when I walk.

I was quickly learning that in order to fit in,

I was going to have to make some adjustments.

When I was fifteen,

Most boys wanted to be David Beckham or Hans Solo,

I wanted to be Buffy the Vampire Slayer.

When I was eighteen,

I came out of the closet.

But when I visited my first gay bar,

I was more drawn to the handful of lesbians in the corner.

Confused yet? Me too.

When I was twenty-one,

Troye Sivan hadn’t been invented yet.

I still felt more like Buffy the Vampire Slayer.

Except when I was going through a break-up,

Then, I was full-on Ally McBeal.

When I was twenty-four,

I let my arms and hips swing free again,

Especially while listening to a sick beat on my way to work,

When I was twenty-seven,

I was told I hadn’t lived the full gay experience,

Because, apparently, I was a passing gay (as in passing for straight.)

That was the same year I was followed home from a nightclub,

And beaten to a bloody pulp, I still have the scars,

I guess I didn’t pass that night on the dancefloor.

To this day, I’m convinced, that If I hadn’t escaped,

I wouldn’t be sitting here writing this.

When I was thirty,

There were more men like me in books and on TV.

Finally, the world was starting to wake up.

People were beginning to realize that representation mattered,

Gender norms are beginning to crumble.

It’s a bit of a shit storm out there,

And sometimes, the internet terrifies me.

But I feel heard, seen and represented more than ever before.

I don’t believe that masculinity is toxic,

Or that femininity is lesser.

There are beautiful and inspiring men and women.

And there are shitty men and women.

But they aren’t shitty or inspiring because of their gender.

We are all individuals,

each one, a unique concoction of strengths and flaws.

For the most part, gender norms are just social constructs,

And I don’t identify with one set of stereotypes over the other.

I consider myself a wonderful blend of both.

It doesn’t matter whether I’m in lumberjack plaid,

Or draped in a silky floral two-piece,

Trapped in a gay man’s body.

So, what does that make me?

But it sure feels good.

And isn’t that marvelous?

P.S. I still feel like Buffy the Vampire Slayer,

And we’ve both been Slayin’ since ninety-seven. More of Daniel’s poetry can be found at www.danieldevenney.com