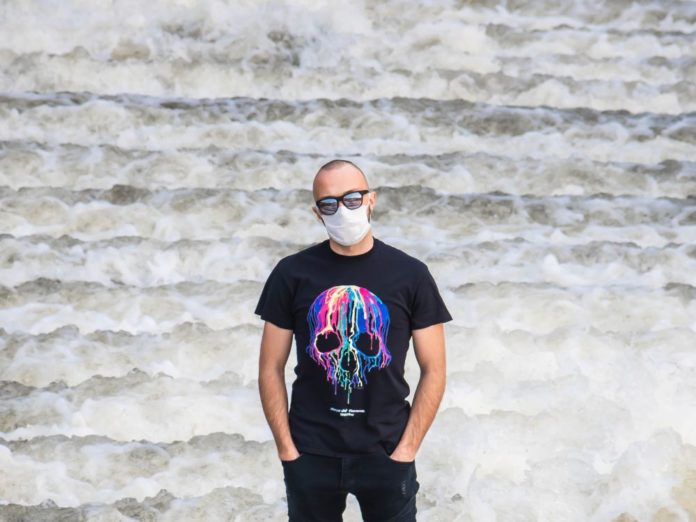 Covid 19 has given Michael Stevens and many gay men a familiar feeling; one they never hoped they would have to experience again.

I’ve already lived through one plague that killed so many friends and pretty much upended the world we’d built and taken for granted. I didn’t think I’d have to do this twice in my life. But here we are.

There are some parallels and differences that strike me as an HIV+ gay man from the wealthy developed world.

One thing is how the public health message around Covid has been handed down here in New Zealand, calmly, kindly even, but firmly handed down from authority. With HIV/AIDS, the response (condom use, safe sex) was driven by the community.

It was gay doctors in the USA, watching what was unfolding in their communities, in the face of official indifference or hostility, who led the charge on this, and it was a huge piece of behavioural change to push. We gay men had created a culture that celebrated sexual freedom, to put it mildly, so to try and get gay men to change our behaviour in such a fundamental way was an amazing feat. Because the voices urging it came from within our communities though, we succeeded to a large degree.

With Covid19 we have public health experts telling us what to do – and the population has taken the message on board pretty well it seems. And maybe locking a country down is an equivalent cultural shock to telling gay men to wear condoms.

A parallel here is that in New Zealand, the government, whether Labour or National, never treated HIV/AIDS as a moral issue, but calmly and sanely let public health experts and community members figure out the best approach. And it seems that is what is happening now too.

The stigma that attaches to being open and living with HIV is still incredibly strong, even from within our communities. It has been worse, but it’s still there. And now we see the stigma attached to Covid19.

Seeing the reports of people being forced out of apartments and shunned in supermarkets because they are health workers and might be carriers, rings bells for me. Africans living in China being targetted as carriers of the disease reminds me of the hysteria that often surrounded anyone gay or who looked after our sick and dying in the worst days of HIV/AIDS. The irrationality of humans should never be underestimated.

I think what scares me most of all I’ve heard recently is the idea that there could be some sort of ‘passport’ for people who can prove they’ve been infected and are theoretically, no longer infectious, from some sort of antibody test.

This immediately creates a privileged group, a group who can work, travel, nearly live the way we all did a few months ago, compared to the rest who will be burdened by knowing we are possible carriers. It’s not hard to see how the divisions could go. This could have major and ongoing social effects.

With HIV/AIDS there were those determined to see it as a conspiracy, just as so many now are sure Covid19 has escaped from a lab. I remember going to a meeting in San Francisco in 1984, and some of the men there insisted the Soviets had invented it, and some said it was the Americans. As medicine couldn’t do anything much to help for a long time, some people rejected the medical model entirely and claimed that gay men dying were consumed by self-hatred and loving ourselves was all we needed to do. There were so many quacks and charlatans and conspiracy theorists around, similar to the idiots blaming eating bats or 5G for this.

Humans look for meaning, we see patterns where none exist, to make ourselves seem to matter in such circumstances, we must be relevant. The fact that viruses move through our population with total disregard to us as individuals or societies disturbs us is a blow to the human ego.

AIDS was a slap in the face of modern medicine. Rene Dubos, the American microbiologist, said in 1959, “There is no reason to doubt, of course, the ability of the scientific method to solve each of the specific problems of disease by discovering causes and remedial procedures.” Hubris, or Nature saying “Hold my beer”.

Infectious diseases were supposed to be a thing of the past. Fewer and fewer scientists wanted to specialise in an area that was of such marginal importance.  It was a good lesson in how the natural world is vastly more potent and complex than we humans like to think.

I came to see that a virus doesn’t care about our humanity, our beliefs, our sex, age or anything. It has evolved to reproduce in suitable hosts, it has no malice, no will or agency. There is debate as to whether viruses are even alive, but if they can be killed, surely they are in some form. It’s just doing its thing as surely as the tides go in and out.

This is where ‘hard reality’ hits us. The world we live in doesn’t give a shit about us. The world will still spin if every human dies of this. There will be beautiful dawns and sunsets without us. A pandemic like this is an unpleasant reminder of the fact that we are just an evolutionary blip and not the reason the universe exists.

The first effective treatments for HIV only came out in 1996, a good 13 years or so after it was identified. And there is still no vaccine for it, after billions of dollars of research. And no cure for people like me living with it. So just when will there be a vaccine for Covid 19? In twelve or twenty-four months? Maybe, and I hope I’m wrong, but I somehow doubt it.

Even if restrictions are lifted next week, this is not the beginning of the end, it’s just the end of the beginning. HIV/AIDS fundamentally changed the world of gay men in ways that nobody anticipated. Covid19 will do the same to our world in many ways. Work, education, and travel are already changing; more will change, things will be different, it’s inevitable.

This plague is bringing out the best of us in many ways, just as HIV/AIDS did.

I live, I continue, and I hope that most of us will be able to say that as the worst of this subsides.

Michael Stevens is a social commentator with a long history of involvement in New Zealand’s LGBT+ world.