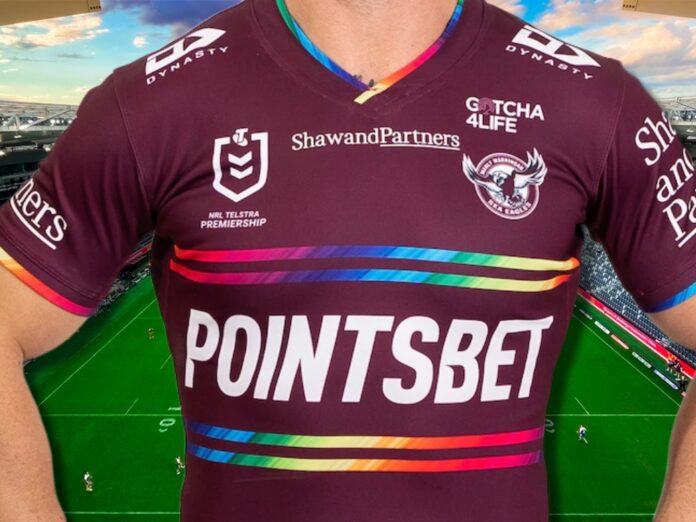 Seven NRL players for the Manly Sea Eagles have decided to stand down from an upcoming match after it was revealed the team would sport a pride jersey.

Following a standoff between the seven players and the club, the team’s coach, Des Hasler, has since told the players that he would support their decision to stand down from Thursday’s game, the SMH reported.

The move by Manly to sport the jersey celebrating inclusivity is a first for any team in the NRL.

Many have questioned the hypocrisy of the players using ‘religion’ as a catalyst for blatant homophobia, highlighting that The Sea Eagles’ major sponsor is ‘Pointsbet’, a gambling company, along with an alcoholic brewing company being their home stadium’s primary sponsor.

Speaking with the Daily Telegraph, former Sea Eagles player Ian Roberts – the first NRL player to come out as openly gay, has expressed his disappointment in the players.

“I try to see it from all perspectives, but this breaks my heart.”

“It’s sad and uncomfortable. As an older gay man, this isn’t unfamiliar. I did wonder whether there would be any religious pushback. That’s why I think the NRL have never had a Pride round.”

“I can promise you every young kid on the northern beaches who is dealing with their sexuality would have heard about this.”