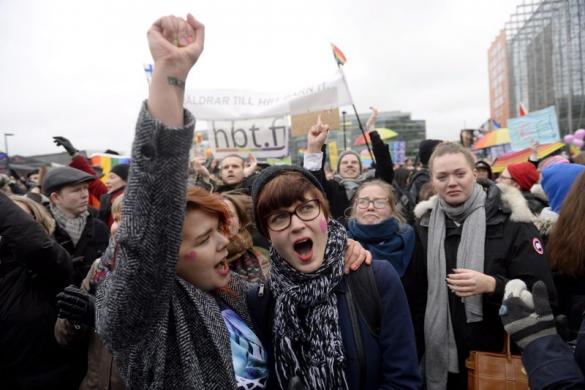 Finland’s parliament has granted equal marriage rights to same-sex couples after a vote of 105 — 92.

Same sex couples have had access to “registered partnerships” since 2002. However the new law will end the legal distinction between opposite-sex and same-sex partnerships, giving same-sex couples equal access to the rights affiliated with marriage, including adoption and name-change privileges.

The vote was citizen’s initiated, but had the support of even the centre right Prime Minister.

“Finland should strive to become a society where discrimination does not exist, human rights are respected and two adults can marry regardless of their sexual orientation,” Prime Minister Alexander Stubb said in an open letter before the vote.

The new law will not take effect until 2016 at the earliest, according to the Human Rights Campaign.

Friday’s vote makes Finland the 12th European country to embrace marriage equality, and the last Nordic state to do so