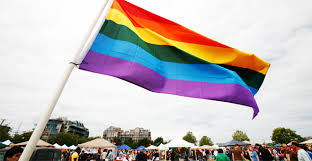 The newly sworn in Labor government in Victoria has appointed Martin Foley as Minister of equality and marks the first time an Australian government has ever had a dedicated Minister overseeing gay, lesbian, bisexual, transgender and intersex issues.

Only hours after being sworn in, Foley has made a promise to  amend Victoria’s state adoption laws in order to bring Victoria into line with NSW, Western Australia, Tasmania and the ACT.

Currently, gay couples in Victoria are not allowed to adopt children – even if that child has been in their care for years.

Martin Foley’s appointment is the first time an Australian government has ever had a dedicated Minister for overseeing lesbian, gay, bisexual, transgender and intersex issues. He admitted some had criticised the move – “I’ve had some highly obnoxious emails which don’t bear to be responded to” – but has said that it is an important step being taken by the new Labor government to remove barriers facing the gay community in Victoria.