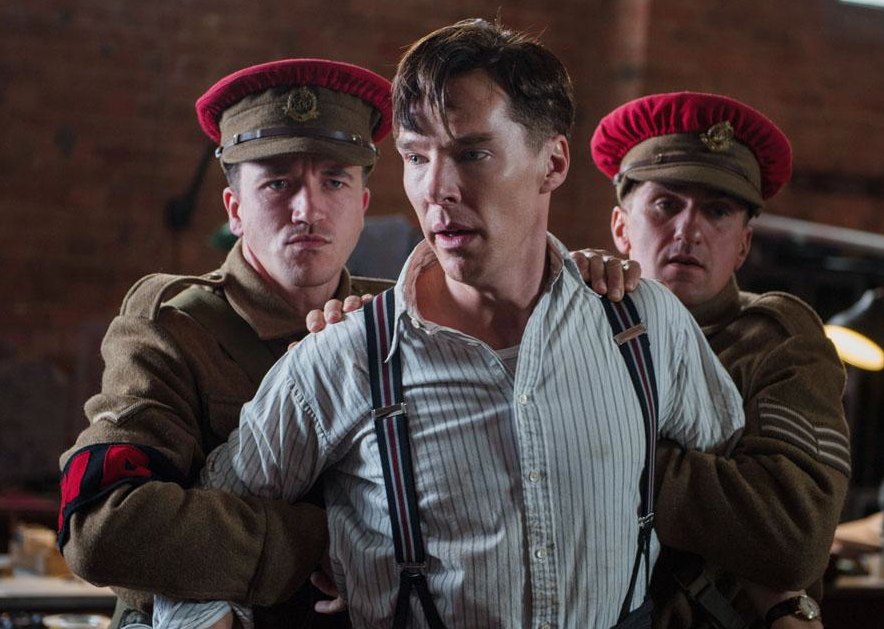 The Imitation Game is aptly named. It’s a biopic, a genre I normally avoid with the excremental likes of anything by Michael Bay or Nicholas Sparks, in as much as they’re emotional exploitations helmed by reluctant star-power and eager publicists. And if said bio-pic manages to sympathetically incorporate struggles for basic civic liberties (e.g. African-Americans of the 1950’s, or in this case homosexuality of the same period), struggles we can recognise with condescension from these more enlightened times (cough), then all the better. With the Nazi backdrop of its WWII setting, The Imitation Game has all of the above.

The story centres on Alan Turing (Benedict Cumberbatch), a real-life mathematician under the employ of British Intelligence during WWII, part of a team of other experts asked to decipher statistically indecipherable Nazi communications. Not so much a game as a hazard.

However, the film is aptly named because it ticks all the usual generic boxes of its kind, while simultaneously reaching for profound comment on maintaining the ‘status quo’ in a broader framework.

Generic posturing? For starters, there’s talk of ‘those you don’t expect achieving the unimaginable’, the usual constructions of the tortured/isolated genius. There’s a sweeping score by Alexander Desplat furnishing the period-mood just like you’d expect. There’s even a beautiful woman (Keira Knightley) with as much screen time as the story’s protagonist, just in case a movie about a closeted gay-guy-cum-mathematical-genius stands to lose its mainstream appeal.

Because Alan Turing is gay. So the title captures the idea of ‘closeting’ oneself in imitation of the status quo, as do certain dramatic direction choices, leaning towards the obvious with what this reviewer describes as cunning fakery.

For those less concerned with the thematic complexity of the films delivery, it’s also a very good story. Though as it opens, we are asked to ‘pay close attention’, which makes me wonder if this reading is off the mark after all. Without these layers it has all the staying power of a BBC mini-series.

The Imitation Game is out in cinemas across New Zealand from Saturday 1 January.