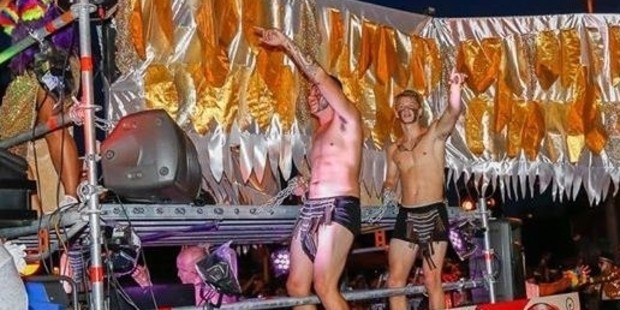 Richard Taki says that “this year it was an extremely hard decision so has taken a few extra days to finalise. Tamati Coffey’s entry showed a true community spirit by bringing together GLBTIQ people of different ages from Rotorua. They brought us the story of local legend Kurangaituku ‘The Birdwoman’, re-imagining her as a victim needing to be freed from her historical stigma. The look and feel of the float was uplifting, especially when the wings expanded. Again I would like to thank every person who helped make the 2015 parade a Monsterlicous experience.”

The top 5 entries were:

Taki says that “others worthy of mention were the NZAF AIDS Remembrance Float, NZ Police, Mika Haka Foundatin, ANZ and the NZDF.”