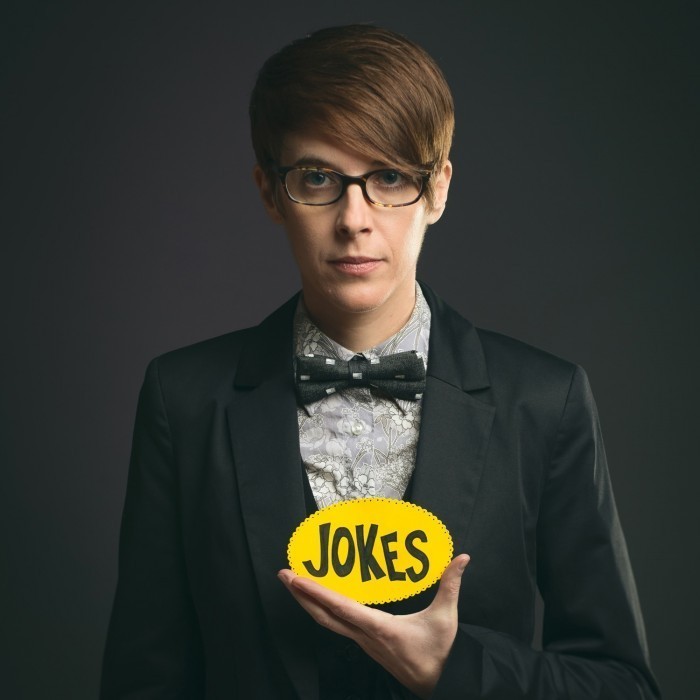 We get to know the community comedians who’ll be splitting some sides at the up and coming International Comedy Festival. Today we ask Deanne Smith what she would do with two anuses!

I’ve lost my memory for funny lines after hanging out with my 3 and 5 year old nephew and niece. We were walking in their neighbourhood and we saw a toilet on the sidewalk. They died laughing. I realised then and there that nothing is as funny to anyone as a toilet on the street is to a little kid.

Urzila Carlson, of course. Is she at this year’s festival? If she’s not, that’s just more time she’s got free for hooking up. Why should be obvious. IT’S URZILA CARLSON. C’mon.

It’s called Get Into It, and it’s going to explode your heart into laughter-sparkles. There are hilarious jokes, at least one ukulele song and what I’m referring to as “the stripper story,” among other surprises. There might be touching. If you’re into that.

Because reviews don’t lie! I’ve been referred to as “Canada’s best comic,”drop dead funny,” “charmingly neurotic,” and “passive aggressive,” but that last one was from an ex-girlfriend, not an actual comedy reviewer. Aside from the joy and laughter readers will no doubt get for attending, they should attend for me. I need this. I’m coming all the way from Canada for this. Don’t let me down.

It involves vaginas. Well, one specifically. (Not mine.)

Wish it was a vagina.

Definitely 5 living people, because a gay ghost dinner party would freak me out.

I’ve had a successful run at the New Zealand Comedy Festival. I know that seems like a small goal, but like I said, I really need this. Don’t let me down, guys.

Come to Get Into It, say hello to me, and…um…after that you can just generally follow your heart.

DeAnne Smith performs GET INTO IT at Auckland’s Vault at Q Theatre (Sat 25 April, Tue 28 April – Sat 2 May) as part of the 2015 NZ International Comedy Festival. Visit www.comedyfestival.co.nz