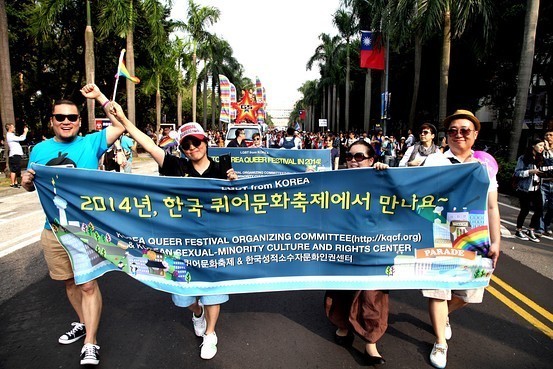 The gay pride parade to be held in Seoul later this month will now go ahead as planned,

South Korea’s gay pride organisers are celebrating after the Seoul Administrative Court overturned the police ban on the pride parade to be held later this month.

Police had originally cited ‘safety concerns’ and traffic disruptions as a reason for the ban, however the court dismissed that argument saying in a statement that “Assemblies can be prohibited only when they directly threaten public order,”

Business insider reports that the court also noted that the organisers of the annual parade had long been preparing for the event and therefore would suffer great damage should the event be scrapped.

“The court has sent a message to the public that sexual minorities should also be guaranteed rights to speech as a member of a democratic society,” he said.

Following the court’s decision, the gay pride parade will take place on June 28 in the centre of Seoul as scheduled.