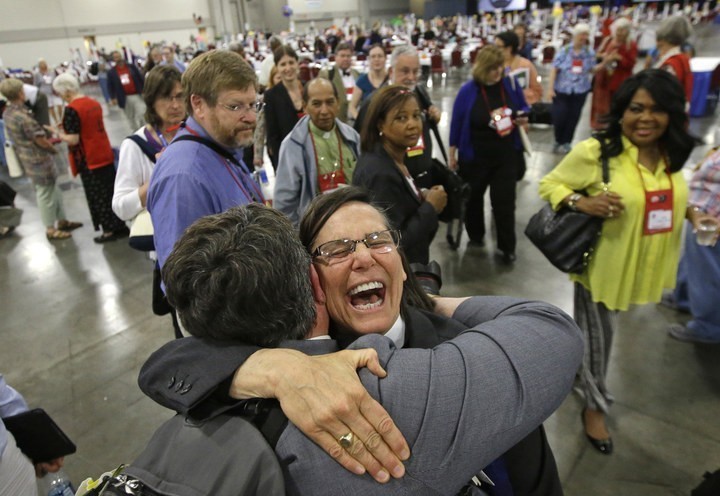 An assembly of U.S. church leaders have voted overwhelmingly to accommodate gender neural language in their marriage canon.

The vote came in Salt Lake City at the denomination’s national assembly.Presented at the church’s triennial General Assembly on Wednesday, the resolution strikes the words “man and woman” from a marriage canon and replaces them with gender-neutral language.

The resolution passed by an overwhelming margin in the House of Deputies, the voting body of clergy and lay people at the meeting. The day before, the House of Bishops had approved the resolution, 129-26 with five abstaining.