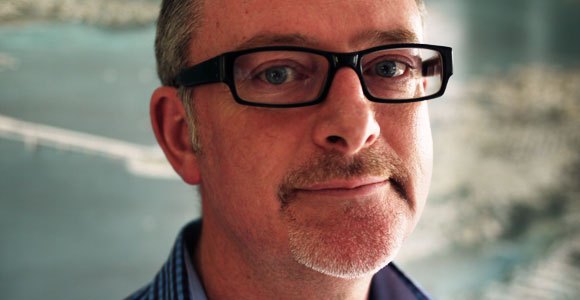 A cursory glance at the gay world in Auckland would suggest that while there may be concern about immigrants buying up our houses we’re apparently less concerned about the including them in our lives and our beds. How multiculturalism has transformed gay lives! Friends who appeared relentlessly single or who had given up on finding a partner have found new a lease of life and unprecedented happiness after forming a relationship with a guy from a culture other than their own. I have seen many lives positively transformed by cross-cultural relationships that are a direct result of the multicultural society that New Zealand has become in a relatively short period of time.

If forming an intimate relationship with another person provides a vehicle for looking into another individual’s world, then the addition of cultural difference to that mix makes for an even more fascinating journey. And I’m not talking just about food, but whole ways of being including attitudes to time, family and communicating.

Theodore Zeldin, in his latest book, The Hidden Pleasure of Life, argues that “nations survive only if they can talk to those who do not speak their language” but that “the conversations within nations and between nations have barely begun”. Every relationship between gay men of different cultures begins one of these conversations “within and between nations”, modelling the kind of cross-cultural understanding and communication that Zeldin envisages. My subjective observation is that gay men are more likely to be in these cross-cultural relationships than their non-gay counterparts.

While there are high-profile Maori-Pakeha relationships such as those between Tamati Coffey and Tim Smith, the stereotypical cross-cultural relationship is between an older European guy and a younger Asian guy. These relationships are often portrayed, as one friend who is in one says, as a “dirty old man” with a “gold-digging” younger partner. Such relationships are often far different from how they are perceived. I know of at least one young Asian guy who has lent money to his older European partner, for example. Perhaps instead of making assumptions about the power balance in such relationships we could be asking whether great New Zealanders like Brian Brake and Jack Body would have achieved their remarkable cultural contributions without the Asian partners they shared their lives with.

Older European men are drawn to such relationships because of how they are regarded by people from their own culture where attitudes towards older gay guys can be quite dismissive. On the other hand younger Asian guys will tell you that older guys are more sincere and they appreciate their younger Asian partners more than Europeans guys of their own age.

None of this is to disguise the challenges that can arise in cross-cultural relationships including different attitudes towards commitment. Cultural differences can also bring historical and political issues to the fore and it is no coincidence that recent gay movies have included films about relationships between a Jew and a German, and an Israeli and a Palestinian. I look forward to the gay movie about a relationship between a Maori and a Pakeha (and to the feature about the relationship between a Pakeha and a Pacific Islander that I understand is in the pipeline).

Nor should we be blind to the fact that multiculturalism of itself can present real challenges to the growing acceptance of gays. As Dennis Altman says in an Australian context “…increasing cultural diversity does not necessarily mean greater acceptance of others, as new arrivals often bring with them other attitudes and prejudices”. In Paris, for example, the far-right anti-immigrant party of Le Pen gets a disproportionate level of support from gay voters because of the tensions in that city between gays and anti-homosexual Islamic immigrants.

We need to explore ways in which the kinds of conversations Zeldin envisages above, between those steeped in homophobia (and sexism) from traditional societies, and the gays who form such an important part of the make-up of modern New Zealand (and Auckland in particular) can take place before conflicts arise.

In a country as small as New Zealand we used to have to leave for Australia or London to find other gay men with whom we could form relationships. But now immigration has meant that the world has come to us. Many of us have been blessed with the cross-cultural relationships this has enabled, relationships that not only enrich our lives as relationships should but -in the words of a Latino friend in a relationship with a Kiwi- precisely because they bring different cultures together “turn our lives upside down and even teach us new ways of knowing what love is”.

Amanda Kennedy: Still a Fan, Without the Brigade