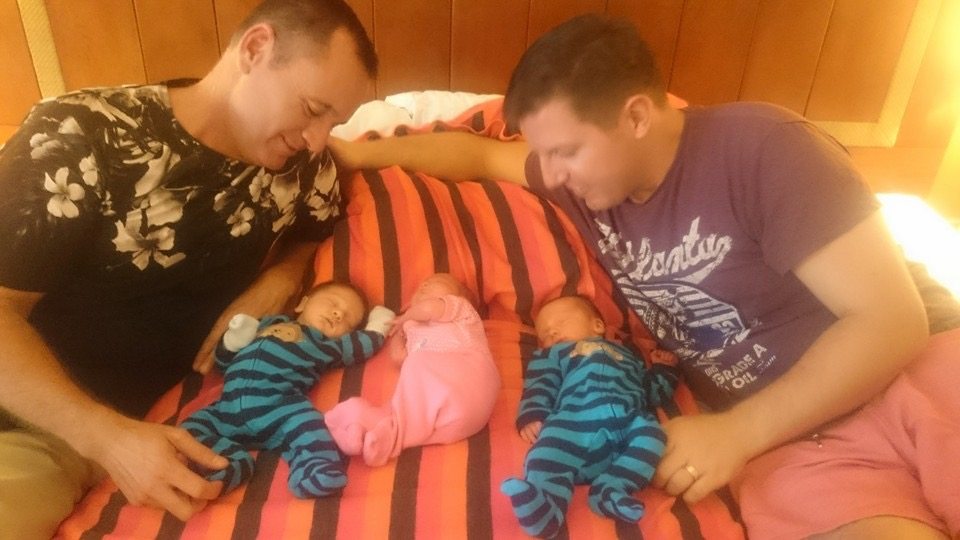 Over $15,000 has been raised to get David and Nicholas Beard’s ‘triplings’ home to New Zealand since the call was put out for donations on givealittle on 27 March.

In spite of four years of careful planning, David and Nicholas’ dream of becoming fathers turned into a financial nightmare when a Central American surrogate agency disappeared with their final payment, leaving the couple to foot the bill for birthing and hospital care for their three new babies, including $108,000 in fees to care for one child, Lachlan, who was born premature. With everything pre-paid from New Zealand, the unexpected costs have left David and Nicholas out of pocket and desperate to get home.

“I fight for the underdog, and it is hard to reach out for help. But I have to reach out for help” David tells One News, a successful Barrister who says he is “embarrassed” to have to ask the community for support to get himself, his husband, and their three children back to the safety of New Zealand.

Currently they are raising funds to return to New Zealand by way of Mexico City but additional costs such as passports, mountains of diapers, and extra luggage costs mean that they are still in need of the generosity of people in New Zealand and beyond.

Although $15,000 in five days is no mean feat, David and Nicholas still need out help. Head to the Givealittle page to donate and help this New Zealand family get home.