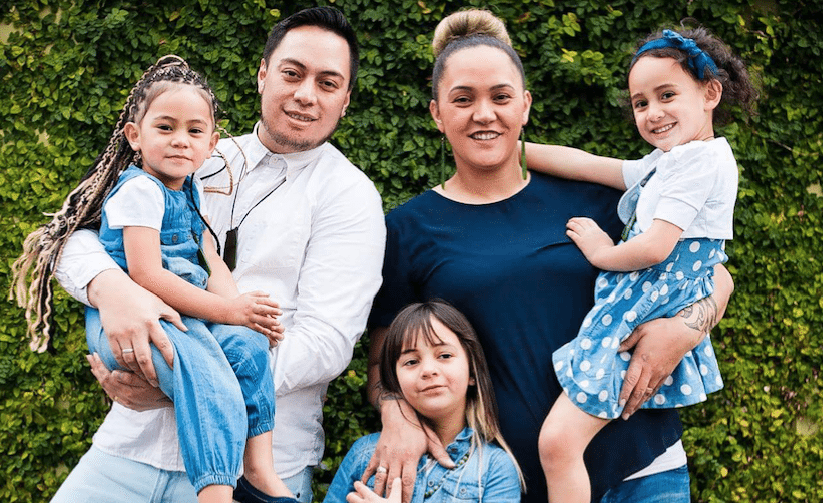 Patrick Salmon is a Māori man, a husband, and a father of three. He is also making waves and unsettling gender norms after appearing on the media with a historically female-specific tā moko.

Like many other cultures around the world, Māori culture has historically been closely tied in with gender. Tā moko, the permanent body and face tattoos of New Zealand’s native people, are traditionally gender specific. While men adorn full face tattoos, women’s tā moko is usually restricted to the chin and lips.

When Patrick Salmon chose to tattoo his tā moko in it’s traditionally female form, he says that for him, these ancient ties with gender had nothing to do with it.

“I think that moko is the ancient alphabet we use to spell our spiritual message. Gender has nothing to do with it unless you choose it to be.”

Appearing on national media, Salmon proudly wears his chin tattoo and says that he believes gender does not have to play into a persons decision. He says that, “I support all people who choose to wear moko. If it calls to you and you are listening, I suggest you take the calling.”

“Whether you identify as a boy or a girl or somewhere in between; it doesn’t matter. Everyone has the right to live their lives as their most authentic self as I have chosen to do.”

As an advocate for the takatāpui community, Salmon says that his understandings of gender do not fall into binaries. He says that he believes Māori culture has to change to accept those in the community who do not identify as male or female, or those who are transitioning. He says that, “I love knowing the fact that we as human beings have both male and female elements inside us.”

Salmon says that his experience with the takatāpui community has given him a forward thinking understanding of gender which he feels can be reflected in his culture.

“I share in supporting our takatāpui community whether it’s through make up tips and hair advice or to just laugh about things in general. Being a former Kaiwhakahaere for NZAF [New Zealand AIDS Foundation] I learnt about myself and how important ones self is, and the huge achievements that come from the acceptance of diversity.”

He says that he believes tā moko should not be tied in with gender, but instead each individuals personal journey.

“To me, moko is a reflection of your spirit, with your story and the skill of the Tā (tattooist), collaboratively you are able to give a physical form to your Wairua (spirit). My moko is a reflection of that and it looks the way it’s supposed to look. Moko on woman for most part has been only on their chin however they traditionally got their noses, upper lip, foreheads and cheeks done as well. My reasons for getting moko were those of personal and spiritual journeys I have been on.”

“A challenge we as Māori are faced with is the revival of moko. We work towards normalizing it and increasing the interest of moko through conversation at all levels, Whanau, Hapu and Iwi and more exposure. I believe in order to normalize moko we first have to understand what today’s normal is, we are a very expressive generation and we enjoy expressing ourselves where the only limit is our own ability to think beyond. I know that we can maintain our traditions and accommodate the new by creating a space for the new to be received, nurtured, supported and released out into the world.”