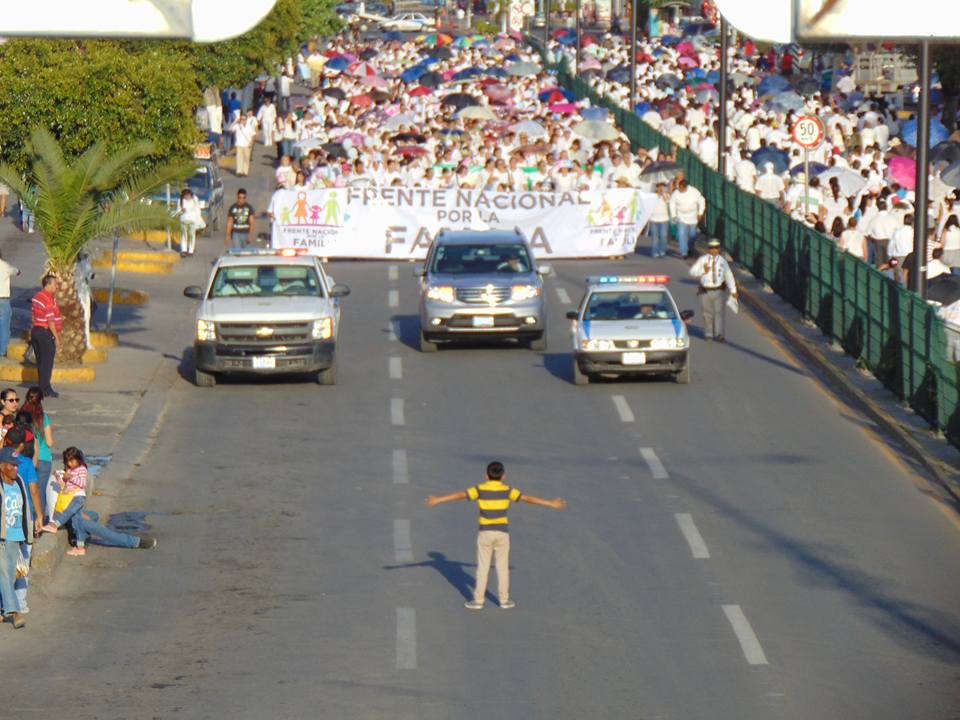 A few days ago, tens of thousands of people marched in an anti-LGBT+ parade in the Celaya, Mexico. Organised by Frente Nacional por la Familia (National Front for Family), the demonstration was to oppose the proposed federal law to make same-sex marriage legal.

Currently, ten states (Campeche, Chihuahua, Coahuila, Colima, Jalisco, Mexico City, Michoacán, Morelos, Nayarit and Quintana Roo) have already legalised same-sex marriage, but the other 21 do not. The law proposed by President Enrique Peña Nieto would mean that all states would have to recognise and carry out same-sex marriage.

During the protest, a 12 year old boy ran out in front of the protesters in a bid to halt to progression. The moment was captured by journalist Manuel Rodriguez, who reports for Via El Canal de Celaya. After taking the photo, Rodriguez spoke to the boy, who said “I have an uncle that is gay, and I don’t like people hating him.”

Rodriguez’s photo has gone viral online, with other news outlets comparing the image to that of ‘tank man’, who stood in front of oncoming tanks in Tiananmen Square in China.

The text translates to: “it made me nauseous seeing so much homophobia in one place, but I stayed with the image of a boy trying to stop the protesters”.