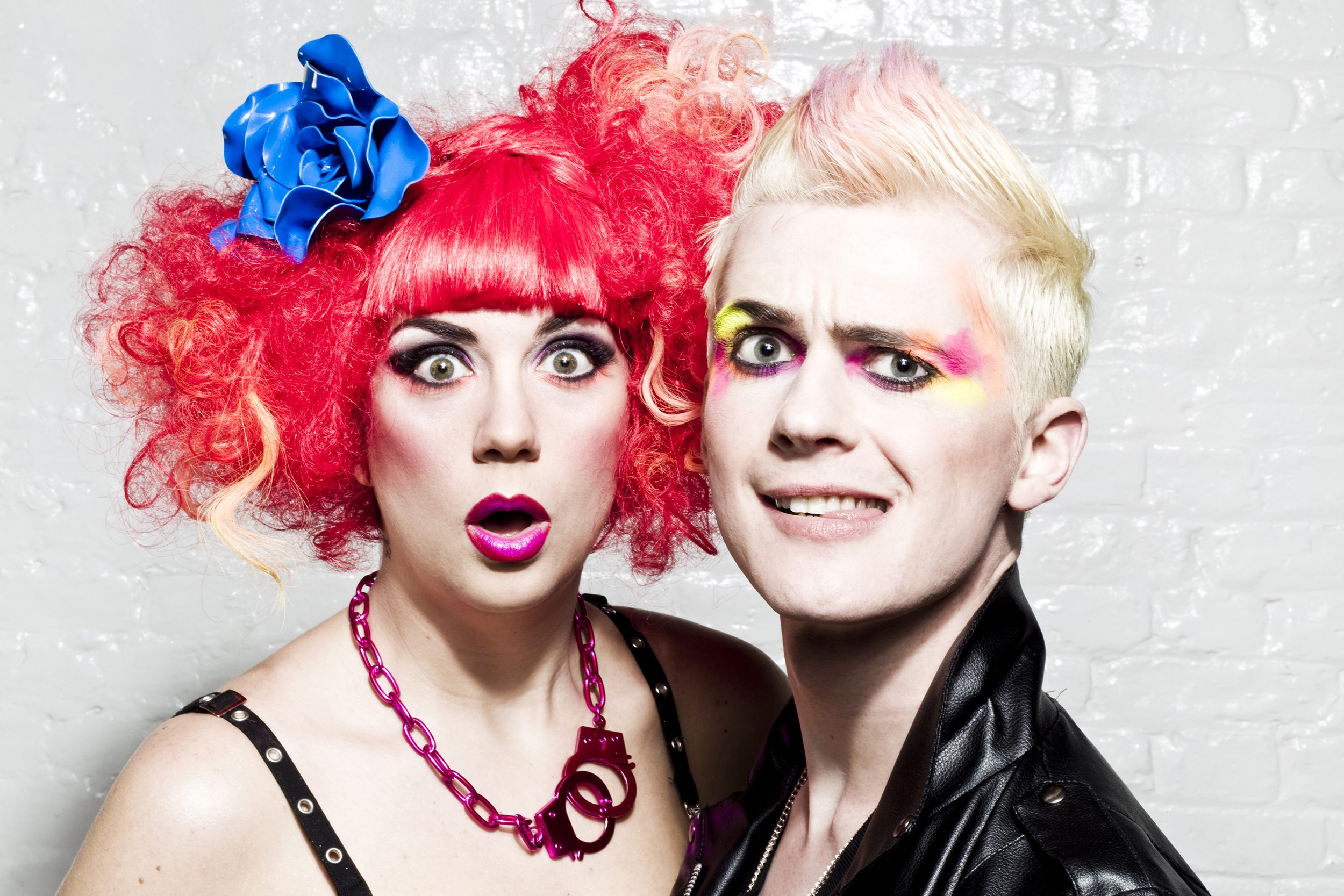 Amy Jane Bedwell talks to cabaret comedy duo Frisky and Mannish about their upcoming show, queer politics on stage, and taking the piss!

How did Frisky and Mannish come to be, and why do you think you’ve had so much success?

It was a glorious accident that came about when we were both unemployed and a friend needed something to entertain her friends at a fundraiser night. As with many of the best things, it’s probably the fact that we didn’t think about it that has made it so inexplicably successful. Kind of annoying, really. We’re sort of a walking advert for the motto, “don’t work hard, kids – just mess around on a piano with your friend and you can be an international cabaret sensation too!”

How would you describe your unique style of cabaret?

We often use the word “infotainment” because of course our main aim is to educate the unwashed peasants – sorry, audience – about the hidden true meanings of famous pop songs, yet we literally cannot resist making it spangly and loud and fast-paced and weighed down with glitter. One reviewer at the Edinburgh Fringe said it was the most fun you could have without chemicals, which was a very different, but equally suitable, description.

Why do you think you have such appeal in the queer community?

We are queer, we began our career in queer venues on queer line-ups, we champion queer rights whenever we can, and we have played for more same-sex partnership ceremonies than straight. All of this probably has something to do with it, and it’s wonderful to tap into the pink pound, as they say. (No, that’s not a euphemism, don’t be disgusting.)

How do you think gender and queer politics feature in your show?

Our show CabaRIOT makes quite an explicit centerpiece of gender and queer politics in two of our big musical sequences – a ten-minute medley on trying to nail feminism, and a massive 11 o’clock patter song about LGBT+. We can’t say more than that, because then you won’t buy tickets…

How do you find Kiwi audiences compare to audiences in London or Edinburgh?

We had a lovely season in Wellington with the New Zealand International Arts Festival 2010, which was one of our favourite gigs abroad. It’s hard to categorise a whole nation by just a handful of audience experiences, but we certainly felt that the Kiwis were onboard from the get-go, and we didn’t have to do much convincing! A generous and kind-hearted people – we approve.

You focus greatly on pop influences – who can we expect to be roasted this time around?

Our previous shows have always torn apart and reassembled very specific pop stars or their songs, one by one, but this show has greater ambitions. We’re looking to tear apart bigger themes, trends, zeitgeists, injustices. So it’s definitely not just a simple list of roastees, although hopefully fans of Beyoncé, Pauline Hanson and the film Mary Poppins can take an affectionate joke.

How can the audience expect to feel during and after your show?

Angry, and angry. We want to fill you with blind rage for all the inequality that exists in the world, and then send you out into the night feeling impotent, dejected and powerless in the face of insurmountable systemic corruption. Oh hang on, I mean, no, of course that’s not what we want – who would do that? God, no, we want you to sit there politely, enjoy some fabulous entertainment and then leave in an orderly fashion, please.