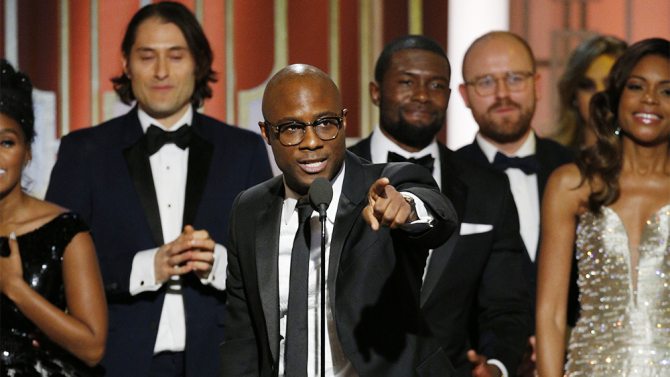 Moonlight, a film about a gay black man coming of age, took out the Best Picture, Drama award yesterday at the Golden Globes. Although it did win such a whopper of an award, it had been nominated for six awards in total. La La Land‘s sweeping of the prizes does leave some wondering if Moonlight will get any Oscars next month.

In addition to this, the Best Supporting Actor, Film award went to Aaron Taylor Johnson of Tom Ford’s film, Nocturnal Animals. He beat out critics’ lock, Mahershala Ali of Moonlight.

To continue her success from the Emmys, Sarah Paulson took out the Globe for Best Actress, Limited TV Series or TV Movie for her role as Marcia Clark in The People vs OJ Simpson.

And in a gay, but not really, event of the night, Ryan Reynolds and Andrew Garfield locked lips after Ryan Gosling took out the Best Actor, Film Comedy/Musical award.