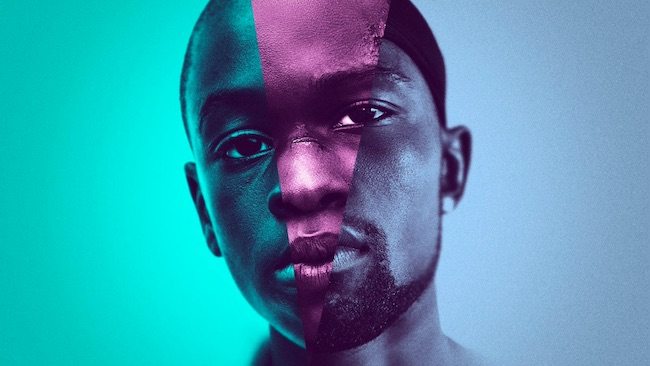 Barry Jenkins’ Moonlight is a thing of devastating beauty. Part coming of age story, part coming to terms with a jeered at sexual orientation and part a soliloquy into the deeper ravages of one man’s unbreakable spirit, the movie pins hope to heartbreak.

Based on three defining chapters in the life of an African American boy, Chiron, growing up in the Miami projects, Moonlight charts his life-story as a bullied nine-year-old, an awkward, broken down teen and a man who takes charge of his life and his destiny.

We are made spectators in Chiron’s life, first as the silent child of a drug addict mother, a child who knows he’s different, who’s called “faggot” by the other kids. Neglected by his mother, he is given affection and a sense of belonging by drug pusher Juan (the brooding intensity Mahershala Ali brings to the screen is beyond compare). In the second chapter, 16-year-old Chiron is seen as a nervous, skinny outlier, the product of parental indifference, the victim of savage brutality. It is at this stage that he has his first sexual encounter with his bi-curious best friend and it is at this stage that the cruelty pelted out at him makes him fight back. Finally, the audience hardly recognises Chiron in the movie’s final chapter, a chiseled and beautiful black man who holds his own on the streets of Atlanta, the kingpin of his own small kingdom of drugs. The human burden he carries can still be seen in his features, his inner struggles still visible. Chiron’s last act brings out his frailty, his need for love and human contact.

It truly is a defining cinematic experience to find a movie that pushes the envelope on human emotion, one that extrapolates the conflict of growing up poor, black and gay. There is a reason Moonlight is lighting up screens and critics’ choice awards worldwide: it tells an all-to-true human story.