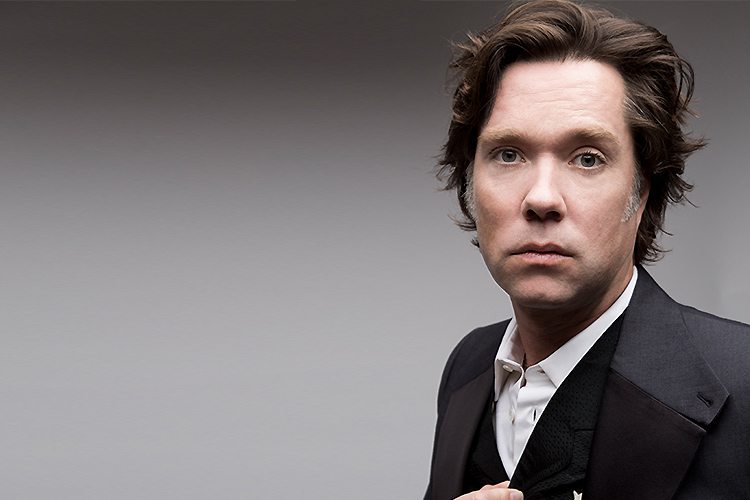 Talking to express from an unusually rainy Los Angeles, Rufus Wainwright is animated about pairing his two most infamous shows, opera Prima Donna with his American songbook-inspired Rufus Does Judy show, a performance of his most-loved Judy Garland songs, together for the first time in their New Zealand premiere, as part of the Auckland Arts Festival.

“This particular show I have never done before, my opera coupled with Judy Garland. I’m taking over the two big bombers,” he laughs, “let’s hope it doesn’t bomb”.

This is the first time his opera has come to New Zealand and Wainwright is thrilled to have New Zealand opera stars, tenor Filipe Manu and sopranos Madeliene Pierard and Madison Nonoa in the lead roles, accompanied by the Auckland Philharmonia Orchestra.

Wainwright says it’s common in classical music to bring in talent he hasn’t worked with before.

Gay people have been marginalised, victimised and brutalised for thousands of years, but we always seem to have the most fabulous and interesting lives.

“They just get in there and roll up their sleeves and put on a show. One of the things I love so much about about the classical world is that the people are so well trained. They know that time is money and quality needs to be controlled, so it’s real nice to work with classical musicians in that respect.”

Wainwright says while he’s hoping there will be no surprises with Prima Donna, he can’t say the same for Rufus Does Judy.

“In the second half, we do summon more of the demonic spirit of Miss Garland, so whenever that happens there’s always surprises.”

Wainwright has famously been both an opera and Garland fan since his teenage years. “Being such an intense admirer of opera, I knew very well that I’d never sing that material, I knew what it took to do that,” he says, “I didn’t have the time nor desire to go along that route, so I was more interested in the composer side.”

He continues, “that being said, I have a pretty big voice and it has a hunger of its own so it must be fed formidable music. In a weird way, the Judy Garland show is the closest I get to singing opera in a lot of ways. It has an acrobatic quality that I enjoy doing.”

While Wainwright defies comparison, he most likens his composition style to his idol George Gershwin, a statement he humbly follows with “although I would never call myself George Gershwin, I am definitely on that same path.”

It was during 1987, that Wainwright identified as being gay, which transformed his life.

“I don’t think that there’s been a more intense period in the last couple of hundred years for being a young, pubescent gay man. Basically to be gay was a death sentence, so that period was pretty God-awful.

“But it did really drive me to seek out the finer things in life and really concentrate on the darker aspects and the beauty that can come out of that. And certainly opera and the great American songbook comes out of very difficult situations. Whether it’s world wars, or revolutions, or disease, that was always the material I gravitated towards as a very young, gay man coming out in the ‘80s.”

It was through being openly gay that Wainwright has been called a gay icon, something he initially struggled with as an idea, but which has changed as he has become older.

“Now I have a sense of pride in having been of service to a lot of people and I like that, but I will say that was never my intention.

“The important thing for any young artist is not to try to become emblematic in any way. Focus on the art. That’s the road I feel is most valuable then the music itself becomes to the tool as opposed to the personality. It should really be songs sending the message, not the messenger.”

At the turn of the millennium, Wainwright garnered critical acclaim and an arm load of accolades for his second album, Poses, but hit a personal low with his addiction to crystal meth – so bad he lost his vision temporarily – but was pulled out of the mire by Sir Elton John.

The important thing for any young artist is not to try to become emblematic in any way. Focus on the art.

“Elton was incredibly helpful and generous in his time and wisdom. I think what’s great about him is that he’s managed to make that almost a knee-jerk reaction in terms of when someone is in need around him, he just wants to help, he has made turned his life into that sort of organisation.”

When asked if he thought he could ever return to that downward spiral, Wainwright is droll.

“With these Trump years who knows what’s going to happen to any of us. As long as Donald Trump is president I wouldn’t make any proclamations.”

Wainwright’s personal message to young LGBT+ people who might be struggling with being who they are, is a breath of fresh air in a world that is seemingly going backwards.

“Gay people have been marginalised, victimised and brutalised for thousands of years, but we always seem to have the most fabulous and interesting lives, and become the most charming and attractive people — so don’t sweat it.”

See Rufus Wainwright perform Prima Donna and Rufus Does Judy at the ASB Theatre at 8pm on 22 March as part of the Auckland Arts Festival.