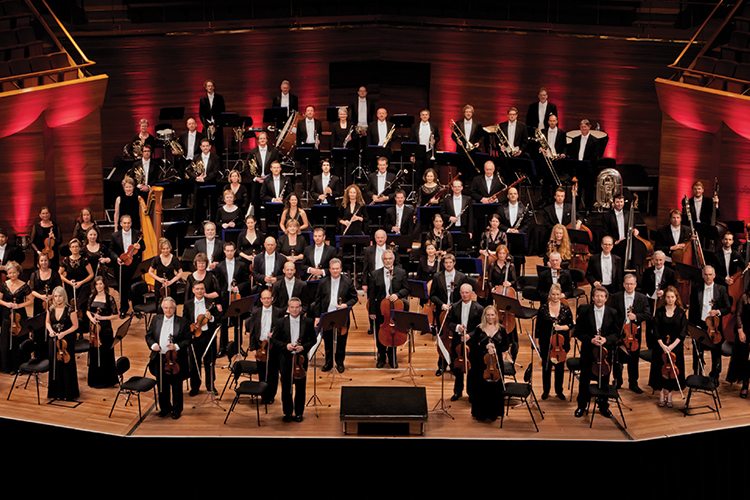 Clear your calendars in May because once again, the New Zealand Symphony Orchestra has arranged an unmissable month of music! There will be a beautiful juxtaposition between modern works and beloved pieces of the past few centuries.

NZSO commences in May with the spectacular Aotearoa Plus – Farr, Adams and Boulez, which boasts the world premiere of ground-breaking work by the renowned New Zealand composer, Gareth Farr.

Gareth Farr’s Cello Concerto Chemin des Dames pays homage to the young lads who paid with their lives to serve for their countries in the First World War – the composer’s three great-great-uncles all lost their young lives to the war and were buried in France and Belgium. Farr also wants to make it clear that the concerto is also dedicated to the women and families left behind by the fallen soldiers, who paid for the war with their grief. “The Concerto is a dedication to these three young lads,” says Farr. “But my sadness and anger is not just about the boys who died on the battlefield – it’s equally about the women. There were women who died in combat, but there were also countless ones, like my great-grandmother, who suffered for the rest of her life with the loss of her three beautiful brothers.”

The requiem concerto will be performed by Adam International Cello Competition winner Sébastien Hurtaud in Aotearoa this May and in France this September by Orchestre National de Lorraine. “This piece will symbolise the friendship and affinity between New Zealand and France through our respective experiences and the cultural impact of the First World War,” says Farr.

In order to entice you further, NZSO will present a rare performance of the hauntingly beautiful Mémoriale from the legendary French composer, Pierre Boulez, and the New Zealand premiere of American John Adams’ Naïve and Sentimental Music. Boulez died last year aged 90 and he “…was one of the giants of 20th century music and we’re delighted that the NZSO can recognise his achievements by performing Mémoriale,” says NZSO Associate Conductor, Hamish McKeich. “Written for flute and eight instruments, we will be able to highlight the virtuosity of our Principal players in a way audiences have rarely heard before.”

Later on in the month, audiences will be presented with Pathétique – Tchaikovsky & Dvořák as conducted by sought-after Singapore born, Darrell Ang. Ang, 37, holds the title of becoming the youngest Associate Conductor of the Singapore Symphony Orchestra and has previously conducted with the NZSO in 2016. This concerto will also feature Armenian cello soloist, Narek Hakhnazaryan, 28. He was winner of the XIV International Tchaikovsky Competition and has been widely acclaimed for his ‘blazing virtuosity’ on the cello.

Anticipation is high for Ang and Hakhnazaryan to see how well they adapt the deeply moving string textures of Pyotr Tchaikovsky and Antonín Dvořák. Tchaikovsky termed his final piece, Pathétique, as ‘the best thing I have composed’, and it does not run short of the unbridled energy, serene melancholy, and raw passion we expect of the Russian composer. Dvořák’s Cello Concerto in B Minor is the last solo concerto written by the composer and it is as luxuriously melodic of a drama as you would hope.

The concerts will open with David Grahame Taylor’s Embiosis which promises layer after layer of harmonies and an exploration of string sonorities. As the winner of the Orchestra Choice Award at the 2013 New Zealand Symphony Orchestra Todd Young Composer Awards, Taylor, 30, has been named as one of New Zealand’s best young composers.

See below for concert dates and times:

Aotearoa Plus – Farr, Adams and Boulez