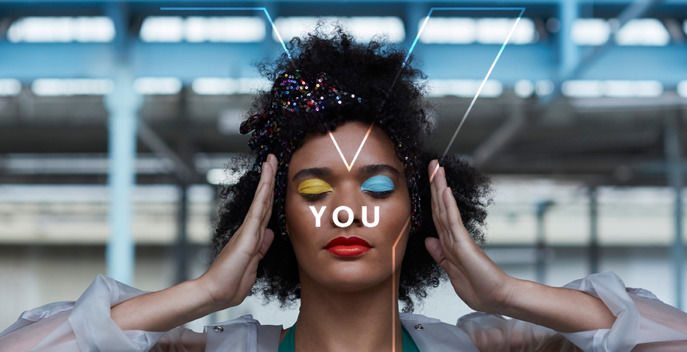 When it comes to identity, a new LGBTQA short film argues, “six letters will never be enough” and features a series of interpretive dance vignettes — each corresponding to a word associated with LGBTQA identity.

To celebrate Pride Month, Equinox — a high performance lifestyle company — and ad agency Wieden+Kennedy have collaborated to produce an almost five-minute short film titled, LGBTQAlphabet: Six Letters Will Never Be Enough, which expands the definition of LGBTQA into a full alphabet in order to celebrate the diversity within our community.

Created in collaboration with the LGBT Community Center — NYC’s home and hub for the community — the A-Z themed video showcases voices that give meaning to different identities and experiences, and provide a fuller representation of the myriad of experiences that LGBT+ people can have.

Equinox’s Executive Creative Director, Elizabeth Nolan, said in a press release that the film aims to empower viewers to “find their own ways of expressing all the colour, variation and realness inherent in one’s identity.”

Directed by Jordan Bahat and choreographed by Andrew Winghart, the colourful film is a continuation of Equinox’s “Commit to Something” campaign they’ve been using since January, which seeks to explore personal identity. Earlier this year, the campaign featured a model showing off mastectomy scars after surviving cancer.

“We’ve spent the past few years pushing deeper into the notion that ‘what you commit to is who you are,’ and this film is a through-line for us, empowering viewers to find their own ways of expressing all the colour, variation and realness inherent in one’s identity,” said Nolan.

“Equinox has always empowered the community to be proud and unapologetic about who they are, but this year, we wanted to make an even more meaningful contribution to a cultural dialogue that is being written before our eyes. With the help of The Center, we were able to bring this vision to life in a way that feels simultaneously brave, authentic and celebratory.”

“It’s critically important to our culture that we boldly acknowledge and celebrate the ways in which each of us is unique. One of the ways we can do that is through representation in creative projects like this film,” Bahat said in a statement. “Those conversations were disarmingly honest and beautiful and, proudly, that spirit is on full display in this film.”

The letters featured in the film include:

But not all social media users agreed with some of the terms used in the film.

On Facebook, some users were upset the campaign used the term ‘ally’ for the letter ‘A’ as opposed to ‘asexual’.

“It is so upsetting that you would use the A to represent anything other than asexuals. Way to continue to erase us,” user Chelsea Goodwin wrote.

Others, however, did appreciate what the campaign was trying to get across.

“The sad part about this, is that people are picking apart how the letters should be used. Equinox just did a commercial to say they appreciate the community and the only thing we can say is ‘you didn’t get it right.’ Equinox thank you for supporting the community,” user Anthony D Brown wrote.

“I think the point of the video is that there are a lot of groups and boxes and we are a unique and diverse community. Berating Equinox for missing a group like the asexuals in this video is a stretch… They didn’t mention bears or lipsticks or polyamorous or many other groups and they don’t have to given the actual message of the video. Saying that straight allies are not a part of us is just simply not true — they are very important and worthy of a mention as well,” John Anderson wrote.

Although Equinox has offered Pride initiatives in the past, this is the gym’s first high-profile initiative that actively includes members of the community.

“We didn’t want it to be us dictating meaning around what these letters stood for. ‘LGBTQA’ exists in the world and we all know what [those letters] mean. And then you have these other letters that we decided to give an interpretation of based on the insights of real people and what it means to them – this is not Equinox saying this is what this means,” Nolan told Fast Company.

Nolan also makes note of Equinox’s diversity of its employee and membership base. “Knowing that our community and our membership base at Equinox is so diverse, we feel like this is an area where we do have some credibility,” she said. “We would never delve into a subject that we didn’t feel that we had authenticity and credibility in. We went into this saying there is an [existing] idea of pride: It’s rainbows; it’s electronic dance music; it’s the parade and that’s all fantastic. But there’s also a more serious, thoughtful side of it too.”

“What this film does is provoke a new conversation around pride and specifically a brand’s right to speak about pride by deepening this understanding of what LGBTQA means. Where brands get into trouble is when they try to cling onto trends, news stories, and events that they have no right to comment on. If a company wants to be brave, wants to make a statement, the critical thing to ask is ‘What do I have the right to comment on?’ and ‘How does that connect back to the core of who we are?’”

Watch the empowering video below!