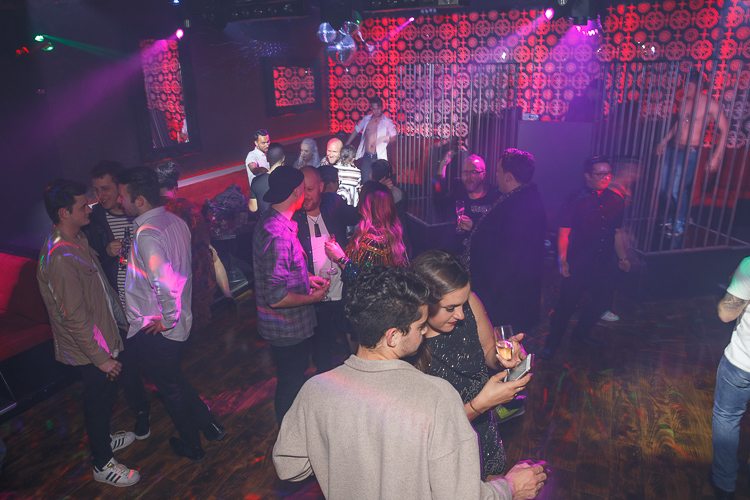 The Tin Room has finally opened its doors to reveal a new gay nightlife experience the city has been waiting for.

The Tin Room promises a gay night out like no other. Positioning itself as a true LGBT+ venue, its opening night certainly displayed the venues best assets. European-style club bass paired with incredible lighting, go-go boys and male strippers — it felt like stepping into a true European nightclub.

The venue’s design taking inspiration from the best nightlife venues Europe has to offer, it was a sweet escape from the tween-saturated, Top 40 mess that Auckland’s party scene is increasingly becoming.

Opening night featured some of the cities mainstays of the LGBT+ nightlife community, as well some of Auckland’s best-known party princesses including Real Housewives of Auckland star Julia Sloane enjoying the caged go-go dancers as much as the rest of us.

The crowd’s response was clear, the Tin Room certainly quenched our communities thirst for an exclusive new venue with a modern European twist.

The Tin Room opens its doors to the public on Fridays and Saturdays from 10pm and also available for private functions and special event hire.