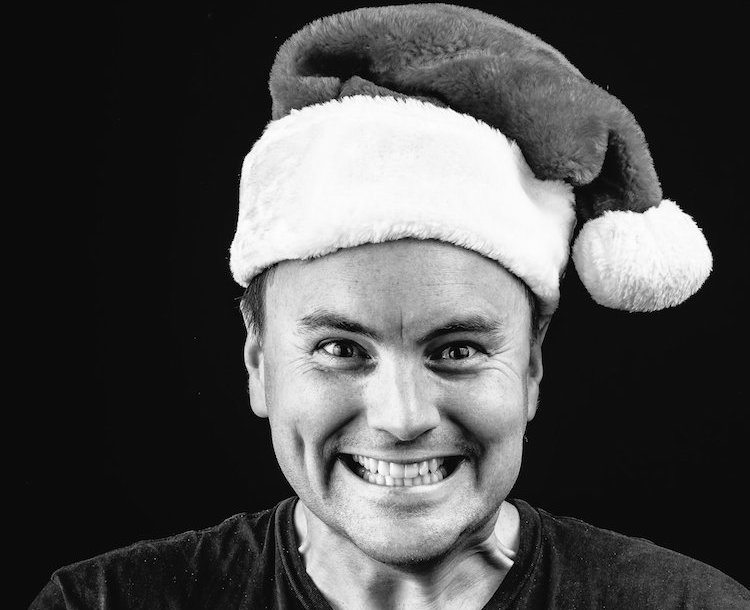 Will Snapchat Dude Tom Sainsbury be the undoing of Paula Bennett? Or is his satirical take on National’s deputy taking Paula’s popularity to previously-unseen heights?

The life of a creative talent in NZ can be a struggle. Talk to many actors, writers or dancers and most have a part-time if not a full-time day job and have to fit their creative passions around it. Tom Sainsbury (35) is different. Not only does he spread his talents over a range of creative arts; he also has an uncanny ability to constantly be producing work across these many genres.

Tom grew up on a dairy farm in Matamata, knowing he wanted to be an actor and writer and began telling his friends he was gay in his early twenties before taking what he describes as a long drawn out and “needlessly hard,” few years to tell his family.

On the day we talk for this interview, Tom is preparing to be the narrator for Silo Theatre’s opening night of Peter & The Wolf (running till Saturday 9 December) and is promoting his guest starring role in the Basement Theatre’s 9th Annual Christmas Show – Santa Claus.

Tom will be taking on the role of Santa, played by a different actor every night, none of whom will have seen the script and will need to improve their way through whatever the rest of the cast throw at them. Tom has been involved in six of the previous Basement Christmas shows and wrote three of them.

This year he has been trying to write less to focus on other projects but with his factory worker-like output levels has still managed to write six plays in 2017. “That’s as many as some writers manage in a decade,” I exclaim, which he humbly plays down, explaining, “I only do one of two seasons of them, then I move on.”

His other regular gigs include performing weekly with improv comedy troupe Snort (which he says helps to keep his acting skills sharp) and writing and choreographing for comic dance ensemble Dynamotion, whose last show D.I.S.C.O. opened in July to rave reviews. While not formally trained in dance, Tom says he works on the shows because, “I just love music and dancing so very much, I would just really miss it if I didn’t have that.” Highlighting his total lack of fear in the creative work he will try his hand at and display to the public.

After years of playing a character in his posts on his personal Facebook page, 18 months ago Tom began using the face swapping tools on Snap Chat to create more characters and post videos of them to his friends and the videos quickly gained a political edge.

“I always wanted to do John Key as a character but by the time I really perfected him, he quit… then Paula [Bennett] stepped up.”

In March this year, Tom created a public Facebook page to share these videos on, and in eight months it has gained nearly 26,000 followers. Website The Spinoff has also employed Tom to keep producing the videos.

The character who has had the greatest impact thus far is Tom’s portrayal of Paula Bennett. In his camp-turn, she is a panini-loving, Jacinda-hating, Lynn of Tawa meets Dame Edna meets your auntie who never stops talking.

“For me the more thwart the character, the better. And with Paula she just keeps delivering. Every time I think I’m going to run out of material she just goes and does something and I’m like ‘oh perfect!’ Despite all the hatred she just keeps going!” explains Tom.

While the character is clearly a pastiche and at times unflattering, Bennett has embraced it. Videos on her own official Facebook page (which over the last eight months have also picked up traction) show her behaving less like the Paula of old and more like Tom’s character.

It’s an odd turnaround of events, on which Tom muses, “It’s New Zealand. We’re so small – that can actually happen.”

In response to Paula‘s growing acknowledgement of his character, the left-leaning Sainsbury sent her a bouquet of flowers with a note thanking her for ‘sense of humour’ and calling her a ‘fierce queen’, which Bennett shared on her social media, commenting that she was a fan of Tom.

I ask Sainsbury about a possible collaboration between the two. “I would definitely like to meet her. I don’t know about a collaboration just yet. I would need to think about the right way to do it. I wouldn’t want her to usurp it or neutralise the threat, and she’s so clever and good at talking, that I have to know how to play it.”

One week after our interview, Tom freed his ‘Paula‘ from the captivity of the Snapchat screen and appeared live in full drag, at the Vodafone New Zealand Music Awards. It initially looked like ‘Paula’ would present the People’s Choice Award, before she was gazumped on stage by the ‘real’ Jacinda Ardern, who joined ‘Paula’ to present the award to Lorde. Lorde promptly ignored ‘Paula’ and gushed over Jacinda, while Tom’s ‘Paula’ looked comically furious.

Despite his rising profile and success on Social Media, Tom will continue to spread his craft diversely as he always has. 2018 will see his web-series Stakeout (a collaboration with former express cover star Chris Parker) lunched on TVNZ On Demand and for the Pride festival he is working on a musical called Gays in Space.

Despite his already impressive list of achievements Sainsbury still aspires for more. He tells me his career bucket list includes portraying “multiple good lengthy roles.” Whether that was on television in film or on stage, he says, “I just want to do a really good job of a character.” As Paula could attest, he already has!