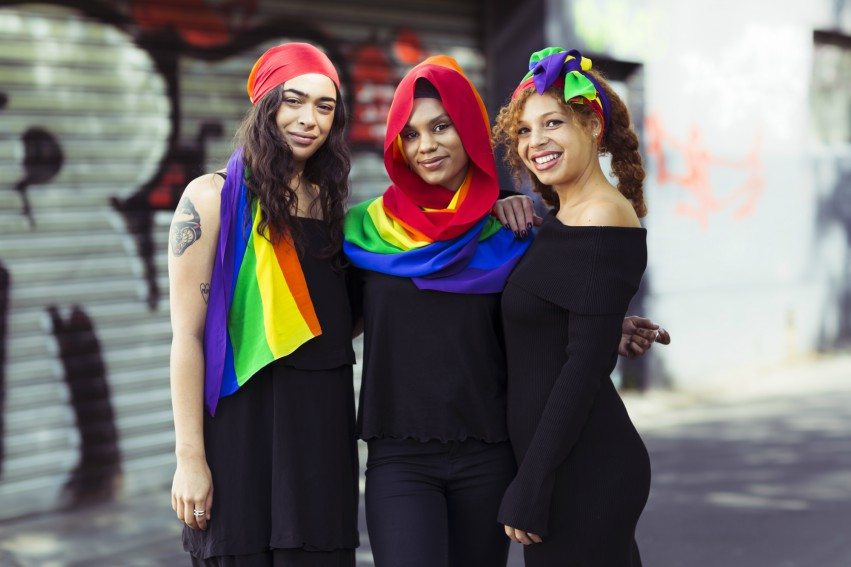 An Australian designer launched a range of Pride headscarves to support marriage equality, selling out in a matter of days, but saved the last scarf for Prime Minister Tony Abbott.

MOGA, a Melbourne based label, designed the rainbow scarves to made by anyone, regardless of religion, skin colour or sexuality.

“To demonstrate this, we have even draped it as a hijab, a world first, to acknowledge that members of the LGBT+ community exist in ALL religions, including Islam, which is sadly one of the most homophobic in the world,” they say.

Abbott was sent a scarf by Creative Director Azahn Munas and brand ambassador Kalida Edwards as he is one of the most vocal supporters of the No Campaign.

“We made one minor addition, however, and included a mock ‘customer survey form’ we would love Mr Abbott to fill out.

“It asks a rather similar question to the plebiscite postal vote but we deliberately changed the focus from sexuality to something we can all understand, love.

The question reads: “Do you believe two people in love deserve the right to marry?”