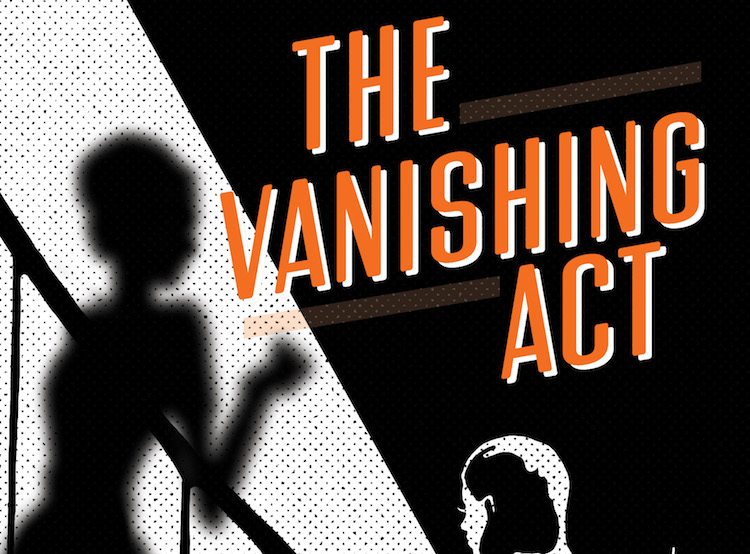 The Vanishing Act by Jen Shieff

The author Jen Shieff, is gay and lives in Turangi with her partner. She is a former English teacher, AUT lecturer, Govt analyst and owner of a fly-fishing lodge. Jen is now a full-time crime writer. In her second book The Vanishing Act she writes a spicy tale of intrigue set in 1960s New Zealand where society’s constraints and the laws of the day made outcasts of lesbians and prostitutes.

The Vanishing Act is set very firmly in Auckland during the month of March, 1967. The time and setting are distinctive. Those who were here at this time will find many points of recognition in the novel, and so too will those of you who were living in other parts of New Zealand. There will be resonances for most of you because the later 1960s was a time of social and political upheaval which threatened the established, and very conservative social order.

Jen cleverly weaves the background events of the period into her narrative, while in the foreground is a cast of colourful characters. There is Rosemary, the Elam fine arts tutor from England who is fleeing from a family tragedy. There is Rosemary’s close friend, Judith. There is George, a lecherous GP who practises medicine in an era when a doctor was almost above the law. There is George’s old friend Alistair, the registrar at Auckland University, for whom corrupt  practices are second nature. There is Judith’s other friend Istvan, a Hungarian refugee, and Allan Maynard, the police inspector who is brought into the novel after the unscrupulous George is murdered. Inventively murdered, I must add. From then on the novel becomes both a ‘whodunnit?’ and a ‘whydunnit?’

It’s an intriguing plot with a lively cast. Readers will experience, as I did, many jolts of memory from the 1960s. Included in The Vanishing Act are several landmarks of Auckland, and many of the cultural emblems of 1967: the movies (Bonnie & Clyde, Blow Up, The Graduate), the TV programmes (Z Cars), the transport (Istvan rides a Vespa), the music (Georgia on My Mind, Billie Holiday) and the preferred alcohol (Even Cold Duck has a walk-on role.) The rapidly festering wound of the Vietnam war is here, and so are the local protests against it. University politics and a rising tide of feminism are skilfully integrated into the plot. It was an exciting era, and one that Jen captures well through her characters and events.

Throughout, the pace of the narrative is brisk: chapters are short and sharp, so that while the plot thickens, it never gets clogged with unnecessary detail. Dialogue – always a vital aspect of fiction writing – is incisive and authentically sounding. The novel comes unashamedly into the genre of ‘popular fiction’ and is highly recommended.

The Vanishing Act by Jen Shieff, with Mary Egan Publishing, is available online and in book shops RRP $30.