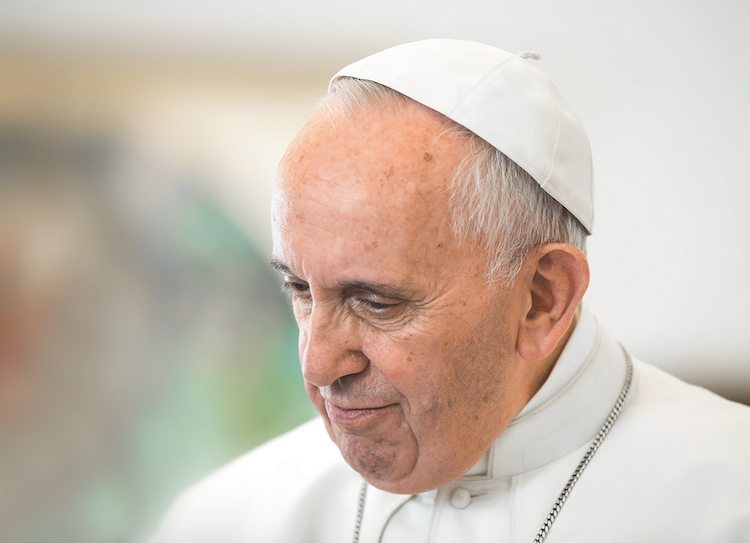 Do Pope Francis’s reported remarks show a new acceptance of gay people by the Catholic Church? Diane Sparkes, an express contributor suggests it is too early to celebrate.

The Church hierarchy has not confirmed the Pontiff’s conversation so It is important to understand that while the Pope is the head of the Catholic Church he does not necessarily speak for all the church. The church today has its own political agenda and it is important to realise the Vatican bureaucracy in Rome who Pope Francis promised to shake up at the start of his papacy – is still in charge.

However it is refreshing to hear that Pope Francis is said to have told a gay man, Juan Carlos Cruz, “God made you like this and loves you like this”.

A survivor of clerical abuse in Chile, Cruz spoke privately with the Pope recently and has since reported his conversation to Spanish Newspapers. His abuser, Fernando Karadima was found guilty of abuse by the Vatican in 2011.

So are we now to believe that the Catholic Church is genuine in its apparent acceptance of, at the very least, gay men?

What about other members of the LGBT+ community?

Writing previously about the Pope’s comments made about transgender people might we also question the reality of this latest comment? Homosexuality and transsexuality are linked to the churches view on sin – Gay and Transgender people have been an issue for many religious organisations for centuries because of their behaviour which they see as unacceptable.  Some still do!

As a group of God’s creations LGBT+ people have been singled out by the Church and far too many have been damaged by being told to hide or deny their sexuality or identity.

All religions teach that God is love. But in practice organisations that are built around each religion including the Catholic Church have long been promoting the opposite, at least in terms of acceptance of LGBT+ people who exist in every community, from every ethnic and social background.

We can only hope that the Church is now starting to accept a need for openness and is starting to recognise that indeed – “God made us this way”.

We would love to see the Pope’s apparent openness reinforced by the rest of the Catholic Church. Wanting to live in a society where all people are accepted, whatever their beliefs, their faith – or lack of, their sexual orientation, their ethnic group, their age, gender identity and everything else – is a human right without exception.

So let’s see if a change in their values soften and are in reality taking place – believing in the Vatican’s ideals from an age long ago must cease – Pope Francis promised a Vatican shape up – a challenge no other Pope has ever taken seriously – so like the #metoo movement he must tackle the power the male priesthood holds, and change the way it thinks.

The reported words by Pope Francis to Juan Carlos Cruz are to be applauded and a start – but can he convince the Vatican to toe his line? Only time will tell.