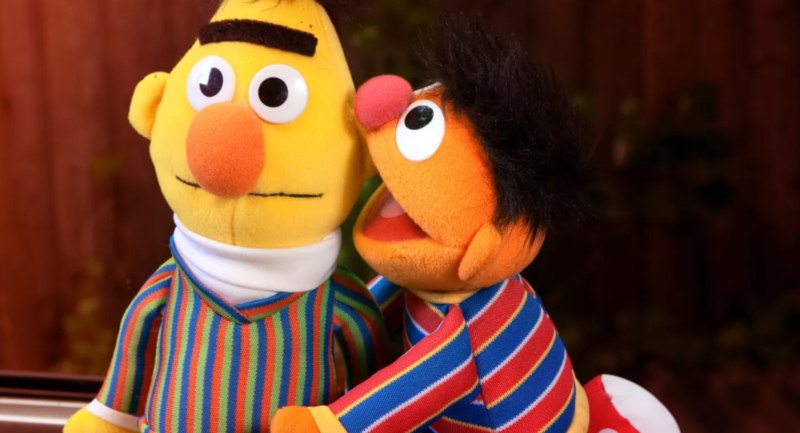 Decades of speculation surrounding the sexuality of two characters on the popular children’s show Sesame Street, has finally been put to rest thanks to Writer Mark Saltzman.

Confirming which has long been suspected by viewers, the writer has confirmed that Bert and Ernie are in fact a same-sex couple.

Sesame Street writer Mark Saltzman said that Sesame Street‘s beloved muppet roommates were in fact inspired by his own relationship with his life partner, acclaimed film editor Arnold ‘Arnie’ Glassman, who were together for over two decades up until Glassman’s death in 2003.

Saltzman, who joined the show’s writing team in the year 1984, said people would often refer to him and Glassman as Ernie and Bert, respectively, and he didn’t have any other way to “contextualise” the characters.

Speaking with Queerty, Saltzmans said, “I remember one time that a pre-schooler (in San Francisco) turned to her mum and asked ‘Are Bert and Ernie lovers?’ and that, coming from a pre-schooler, was fun.”

Saltzman, who has won a total of seven Emmys for his work on the children’s show, said he was already in a relationship with Glassman when he joined Sesame Street and didn’t “know how else to write” Bert and Ernie other than “a loving couple.” He said the dynamic between the duo and their individual characteristics often resembled that of his own relationship.

“I was Ernie,” he explained.

“And Arnie as a film editor – if you thought of Bert with a job in the world, wouldn’t that be perfect? Bert with his paper clips and organization? And I was the jokester.”

“Arnie’s OCD would create friction with how chaotic I was. And that’s the Bert and Ernie dynamic.”

Despite Saltzman’s explanation, Sesame Workshop has since tweeted a statement denying Saltzman’s assertion.

“As we have always said, Bert and Ernie are best friends. They were created to teach preschoolers that people can be good friends with those who are very different from themselves,” the tweet reads.

“Even though they are identified as male characters and possess many human traits and characteristics (as most Sesame Street Muppets do), they remain puppets, and do not have a sexual orientation.”