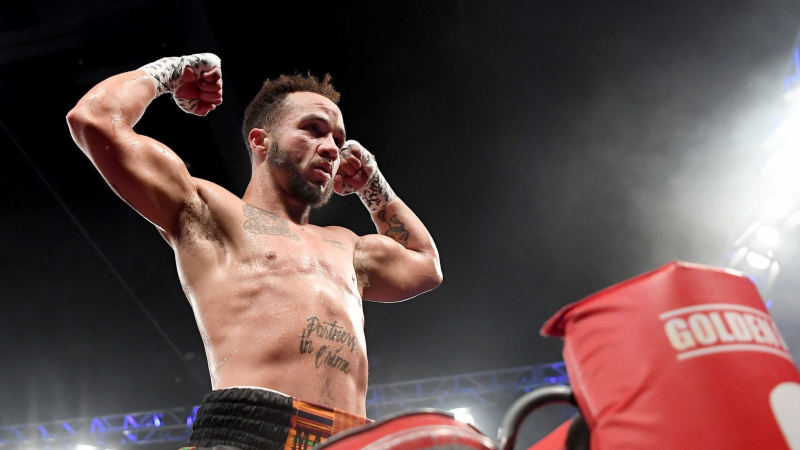 Patricio Manuel has begun his professional boxing career with a win at the high-profile Golden Boy Fight Night at Fantasy Springs, Califonia.

32-year-old Patricio, who was formerly known as Patricia, has made history as the first transgender boxer to win a professional contest in the United States, after defeating Hugo Aguilar.

Manuel who started his transition in 2014, started competing in Men’s boxing divisions after fully completing his augmentation surgery in 2015.

Despite Manuel’s win, the boxer was met with some boos from the crowd, “I hear some fans aren’t happy. It’s okay, I’ll be back. I’ll make you happy then,” said Manuel after the contest.

“I’ve got some naysayers out there that I need to prove that I deserve to be here. I’m not in here just for one show in one fight. This is something I love. I’m not done with this sport and I will be back.”

“Everyone who has been along for this journey over the past six years, really. Thank you so much, I couldn’t be here without you. I really needed that support to help push me to this point,” Manuel added.

“There’s a lot of people behind my corner, my coaches, my beautiful partner, my family and friends and fans. There are so many people who wanted me to be here and I’m so glad I was able to perform for them.”

Speaking with express, Benjamin Thomas Watt, who is New Zealand’s first openly gay male boxing judge, praised Manuel’s commitment to the sport and explained how the sport has become inclusive in recent years.

“Today in New Zealand I find that boxing is very open and inclusive to gays, lesbians, bisexuals, and other sexuality, which you can be seen by me as a gay judge or by Geovana Peres as a lesbian pro boxer.”

Despite the sport’s progress, Watt says that there is still more work that needs to be done adding that, “for gender identity especially for the transgender community it’s quite difficult as most people in the sport of boxing are either uneducated about the trans community or think it’s an unfair advantage when a transgender person is boxing.”

Watt says that he hopes there are more transgender boxers so it “opens people’s eyes and minds and helps educate people.”

Eric Trump Confirms He’s Not LGBT+ After Accidentally “Coming Out” On...