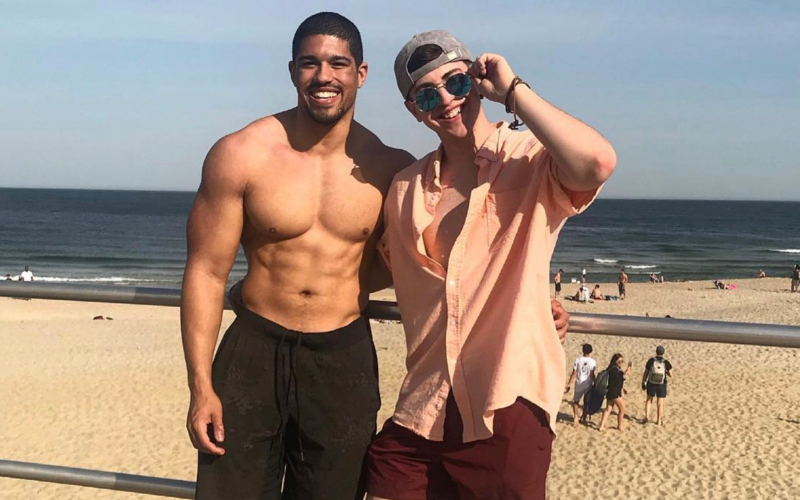 28-year-old Bowens, who first came out as bisexual in 2017, has confirmed in a YouTube video, titled “COMING OUT… again” that he is in fact gay.

During the YouTube video which also featured his boyfriend Michael Pavano, Bowens said, “The main purpose of this video is to tell everybody that I prefer to be labeled now as gay.”

Bowens continued, “I really didn’t have a thought of men until maybe midway through high school, towards the latter end, I had a dream about one of my friends. And…but after that dream I was like, ‘Ooh. Something’s different here.’ And I kept having more of them…and then I identified myself then as liking both genders. I came out as bisexual.”

Bowens who says that at the time, identifying as bisexual “was a very real thing” and that he chose to use the label of bisexual, as he didn’t know much about the LGBTI community.

“As you get older, your viewpoints change. The way you look at the world changes, the way you look at yourself changes. Specifically more so in the past couple of months, this past year, I was looking at some old articles of mine because I was coming up with a new character for my wrestling career. And the articles kept labeling me as ‘bisexual’, and it was kind of annoying me that they had to continually put what I was, I couldn’t just be a professional wrestler, I was the ‘bisexual pro wrestler’ but I just wasn’t identifying with that term anymore,” Bowens says.

Bowens publicly first ‘came out’ as bisexual in 2017 after his teammates found a video Pavano posted on YouTube of the couple doing “The Laughing Challenge.”

You can watch Bowens’ “COMING OUT… again” on express below: