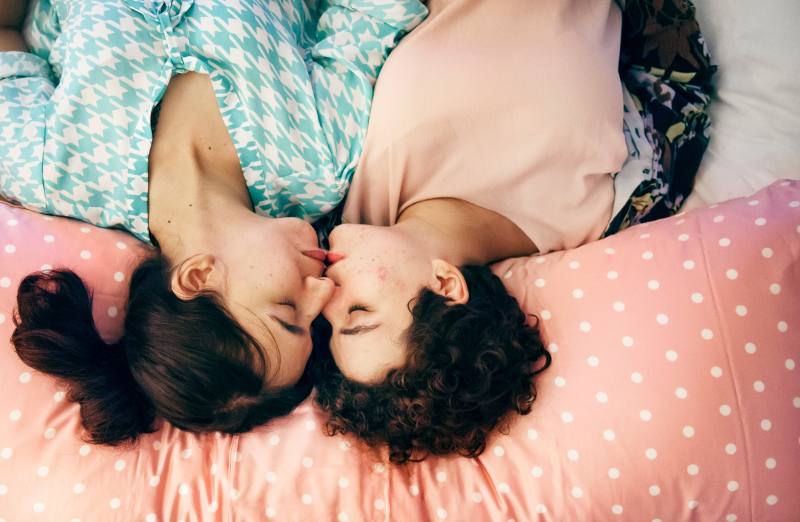 In the heart of the central Auckland suburb of Newton is the mythical Karangahape Road (K Road) which is the spiritual home of the city’s LGTQI communities. What many people may not realise is that a generation back, K Road and its environs had a separate and tantalisingly rich lesbian history.

An enthralling part of that past was a scandal involving the legendary dancer Freda Stark. During World War II Stark gained notoriety for dancing in a g-string. Her body was coated in a silver powder mixed with glycerine that glowed gold under the theatre’s lights. But it was the murder of her lover Thelma Mareo several years earlier that exposed Stark as a lesbian. Nude photos of the performer were produced at the trial of Eric Mareo in order to undermine both her testimony and character but she refused to be intimidated and Mareo was convicted.

Prior to the Human Rights Act, women couldn’t hold a liquor licence in New Zealand, so in 1971 some enterprising lesbians opened the KG Club at 200 Karangahape Road. The proprietors bought alcohol with their own money and then on-sold it to their clientele. It was all highly illegal, but for a while, the police turned a blind eye to it.

In 1980 that changed after a feminist spat at a cop from a window in the club. The police raided and shut it down. A little later it reopened in St Kevin’s Arcade where it was, bizarrely, protected by the local constable who made sure drunk men didn’t bother the women inside.

At the other end of K Road and just a block from it is Auckland Grammar School which had a long history of female teachers who ‘never married’. Perhaps the most famous was Charmaine Poutney. At a time when teachers could be sacked for being queer, Poutney was outed and became known as the first lesbian principal in the country.

These are just a taste of the many stories of the area, but next time you are out on K Road, think of the fascinating history of this queerest of kiwi streets!

This article by journalist and commentator Andrew Whiteside is sponsored by the Karangahape Road Business Association.

Celebrating The Symphony’s That Changed The World