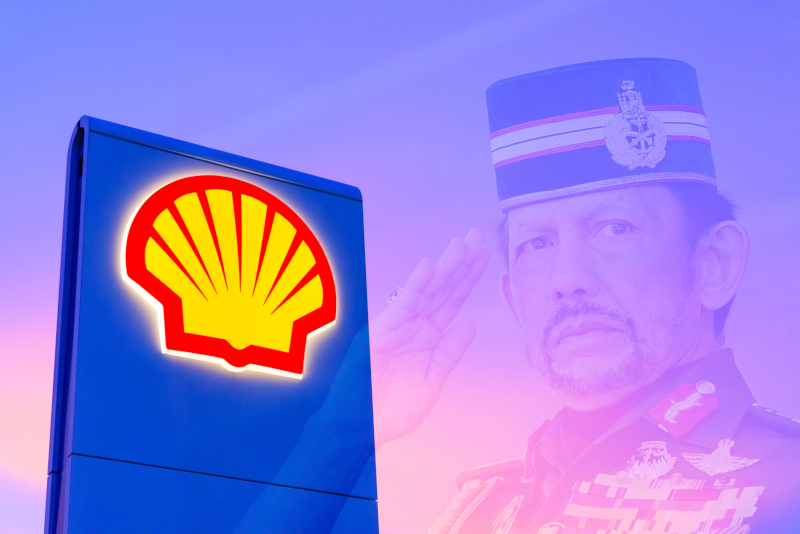 One of the world’s oil giants has found itself facing global criticism and pressure after it’s business relationship with the anti-LGBTI Brunei government and its monarch was revealed.

The British-Dutch oil and gas company, Royal Dutch Shell, which is commonly known as Shell, is reportedly supporting the Anti-LGBTI regime with over 90% of Brunei’s oil and gas revenue (its largest source of income) being derived through a joint venture between the oil and gas supermajor and Brunei’s government/monarch, Sultan Hassanal Bolkiah.

According to CNN Business, after this fact was uncovered, many of the company’s Dutch shareholders, represented by the organisation Eumedion, are now voicing major concerns in relation to the links.

Eumedion, which translates to “Good Guardian” in Greek, promotes responsible and sustainable corporate governance on behalf of institutional investors from the Netherlands.

Following the disclosure of such ties, the organisation is expected to bring its concerns to Shell directly highlighting its problematic partnership with Brunei, something in which is in conflict with the company’s values of diversity and inclusion.

Ironically on Shell’s own website company policy states that “At Shell, we support and enable remarkable people from every background, and strive to be a pioneer of LGBT inclusion in the workplace.”

Speaking with CNN Business, Eumedion confirmed in a statement that “It is expected from the company that they live up to their policies on inclusion and LGBT equality, wherever they have operations.”