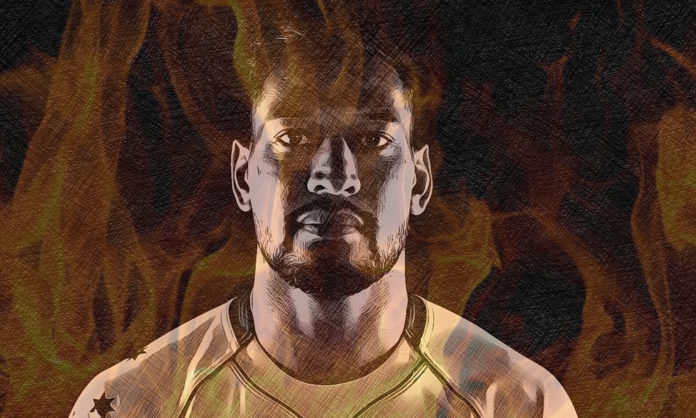 Controversial former Wallabies star Israel Folau is refusing to back down over comments he made linking Australia’s current bushfire crisis to same-sex marriage.

Folau’s comments which were made in a sermon at the Truth of Jesus Christ Church Sydney even sparked criticism from Australian Prime Minister Scott Morrison, who described Folau’s comments as “appallingly insensitive” and told him to keep it to himself.

“I’ve been looking around at the events … happening in Australia, this past couple of weeks, with all the natural disasters, the bushfires and the droughts,” Folau stated before reciting a passage from the Book of Isaiah in the Bible.

“The events that have happened here in Australia, in the last couple of years – God’s word says for a man and a woman to be together … they’ve come and changed this law.

Following on from his original bushfire statements, Folau has since fired back at the criticism in yet another sermon at the Truth of Jesus Christ Church in Sydney, where he claimed we are living in “perilous times,” before urging his audience to “go and do the work that [God] has called you to do.”

“We must have the spirit within us to be able to stand up and preach the truth without fear.”

“Every single day we must continue to rely on what God says, and what his word is. Because that’s final, that’s authority, and that’s what gives us the power to be able to go forth and do what he asks us to do.”

Folau’s latest homophobic statements follow an unintentional donation to RainbowYouth after Folau and his wife dined at a vegan restaurant, Gorilla Kitchen in Auckland.

“We don’t turn anyone away at Gorilla Kitchen, because we love everyone, not just animals. So when Israel and Maria came in again a couple weeks ago, we happily served them.”

“What they didn’t realise was their money spent at Gorilla Kitchen was going to be donated to Rainbow Youth, an organisation that embraces diversity and offers support for our young and vulnerable rainbow community.”