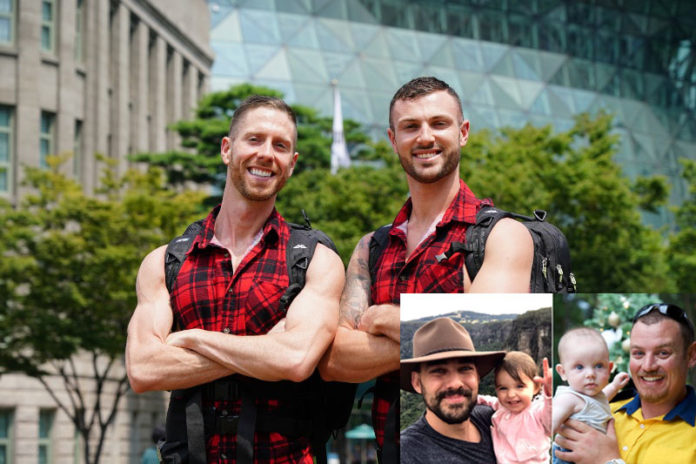 Amid the devastating Australian bushfires claiming human lives, animals, properties and millions of acres of land, The Amazing Race Australia winners Tim Sattler and Rod Jones have vowed to donate a portion of their $250,000 prize money to bushfire victims.

The married gay couple, who took out the latest version of the show in December, have been touched by the story of New South Wales firefighters Geoff Keaton and Andrew O’Dwyer who tragically died last year while protecting homes.

Sattler and Jones will donate $5000 to widows Melissa O’Dwyer and Jess Hayes.

Speaking with the Daily Telegraph, Sattler said the news of the firefighters’ death had struck a chord.

“We both have nieces and nephews around the same age (as their kids),” Sattler said to the Daily Telegraph.

“It really hit home that these poor young kids won’t even get to really know their dad so we just wanted to give back a little bit just to try and ease the financial burden.

“It doesn’t bring them back or change the outcome but we just thought it was a worthwhile cause.”

“For those two men, Geoff and Andrew, it breaks our hearts and brings tears to our eyes to think there are families at this time of year when it should be the complete opposite at Christmas,” Jones explained to the Daily Telegraph.

“We just wanted to do what we feel is right and follow our hearts and hopefully give back in what way we can. I know this isn’t going to bring them back, but if we can just help them through this tough time then hopefully that’s what people should be doing as well.

“Obviously we’d love to do more travel together and splurge a little bit but it just wouldn’t have felt right with everything that’s going on with the fires.”

Many other celebrities have also started to come on board to raise money or help with the bushfire appeals taking shape during this national crisis.

I’m kicking off the support for those affected by the fires. I’ll be donating $200 per ace that I hit across all the events I play this summer. #MoreToCome #StayTuned

Australia’s bad boy of tennis Nick Kyrgios has offered to donate $200 for every ace he serves during the ATP Cup currently running in Australia. He has been joined by fellow tennis players John Millman and Alex De Minaur.

Cricketer Chris Lyn has offered to donate $250 for every six he hits in the Big Bash.