Worldwide Roar, formerly Warwick Rowers, has defended an Instagram post that was attacked for not showing enough diversity, especially people of colour.

The original post showed four images from their most recent photoshoot showing naked images of their athletes (with genitals covered) with text saying it was their “biggest & most diverse shoot to date” and that “30 guys from different sports and backgrounds got together to break down barriers between men, genders, and sexualities.”

Although the majority of comments left on the post congratulated the organisation for their shoot and encouraged the fact they had a diverse range of religious backgrounds, ethnicities, sexual orientations, body shapes, age groups and gender identities a number of comments criticised the organisation for the lack of “Blacks or Asians” or made comments such as “100 shades of white, so brave” or “Not diverse at all!!! Where are black guys? Mixed raced guys? I find this photo offensive and I’m not even black!”.

The original post has had more than 17,000 likes and hundreds of comments.

Our biggest & most diverse shoot to date. In September, over 30 guys from different sports and backgrounds got together to break down barriers between men, genders, and sexualities. If you are a man who cares about change, join us. Head over to squadwr.org to join the Roar! #worldwideroar #lockdown #calendar #diversity

In response to the criticism, the sports-based campaign, known for stripping down as a part of a calendar shoot that helps stop homophobia across all sports, posted a second Instagram post where they tried to clarify their use of the term diversity.

“As a project committed to raising awareness and fostering inclusion through dialogue, we are grateful for all feedback,” said the Instagram post.

“Our use of the term “diversity” in our last post has generated considerable comment. However, it has clearly caused offence to some. That was not our intention.

“We apologise for any confusion our post caused. A diverse and inclusive world is at the core of our intention, and we want to clarify our history, our commitment to diversity, and what we were seeking to share in our message.

The post continued explaining where Worldwide Roar had come from and that they were originally mainly straight white privileged young men from a prestigious English university and they wanted to use their platform to make a difference.

“Team sport attracts fewer LGBT+ students than other university sports. And that was the point: this was a team of athletes: mainly straight, mainly white, mainly privileged young men. They wanted to acknowledge the life chances they had had.

“They stripped completely naked in a very public way to show solidarity with the vulnerability of other groups in society, and to make a lifelong commitment to be a force for change.

They understood that men needed to change, that society needed to change. Now, as the Worldwide Roar, we are building on their commitment through an inclusive approach to recruitment, because we want all sportsmen to unite behind that message and become a force for change.

“Two of our first guest athletes are mixed-race of African heritage, and we are honoured that they are now two of our most active contributors.

“For ten years, our W stood for Warwick. Now it stands for Worldwide. We are proud of our September London shoot as part of our journey towards diversity. But it is a journey we have just begun. Join us. As a supporter. As a participant. Be part of the change you want to see.”

Comments on the response post reflected the positivity of the post and acknowledged the organisation’s reach throughout the community. 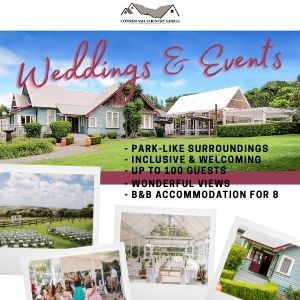