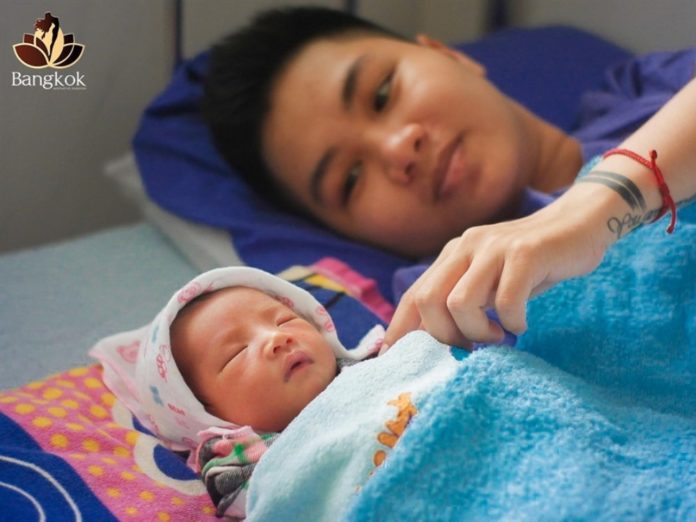 A transgender man has made history in Vietnam after giving birth to his baby daughter on the 16th of May.

The 24-year-old husband Khang, who was female at birth and 21-year-old wife Anh, who was male at birth, married in 2017 after they met at a transgender beauty contest.

Last year, the couple planned to have a baby after reading about a foreign man who got pregnant.

Prior to the decision, Khang had been receiving male hormone injections for two and a half years and his wife had received female hormones for a few months.

They also underwent surgeries, using anaesthetics and antibiotics, which made them worried about the possibility of pregnancy and maintaining a healthy pregnancy.

According to the Vietnam News, Khang decided to stop hormone therapy to restart menstruation. He followed obstetricians’ advice on a well-balanced pre-pregnancy diet in hopes of getting pregnant.

Khang got pregnant three months after stopping the hormone therapy.

The couple recently appeared on local tv calling on public and healthcare centres to support couples like them to realise the dream of being parents.