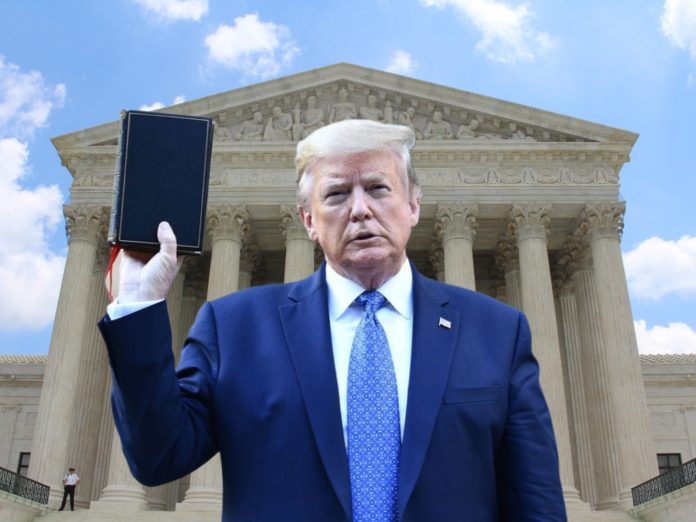 The Trump White House is urging the United States Supreme Court to rule in favour of allowing adoption agencies to discriminate against same-sex couples looking to adopt.

In a 35-page briefing to the Supreme Court from the Department of Justice, the Trump administration is asking the court to rule in favour of the Catholic Social Services (CSS),- a Philadelphia-based adoption agency, that has insisted they should be allowed to turn away same-sex couples under the First Amendment.

The Trump administration’s support of the CSS case in the Supreme Court follows the CSS losing numerous other cases for the same issue in lower courts.
According to reports, the 35-page briefing stated that the United States has “a substantial interest” in the case as the government believes “free exercise of religion” should be protected.

Additionally, the Department of Justice notes that CSS will only work with married heterosexual couples or single people “because it adheres to the belief that marriage is the union of a man and a woman,” and “regards all same-sex couples as unmarried.”

The department also claims that to argue that CSS and other “singled out religious organisations” are being unfairly targeted for investigation and “suggested that religious beliefs are merely a pretext for discrimination.”

The American Civil Liberties Union has previously commented on the case, warning that should the CCS win, a dangerous precedence would be set and would further set back LGBT+ rights in the United States.