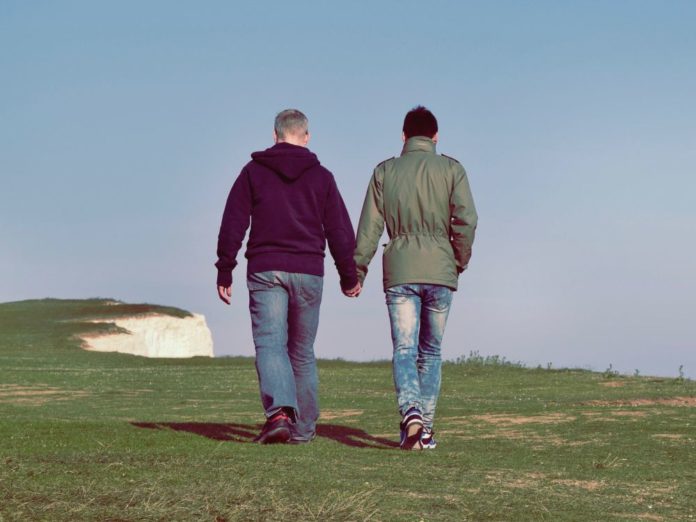 Rainbow Counsellor Elijah Michel is here to help you. Today he tackles questions about same-sex couples holding hands in public and transphobia within the queer community.

Dear Eli, I have recently started dating a guy. It’s going well but while I am used to being affectionate behind closed doors, he likes to hold my hand when we’re in public. I feel nervous about this when we are walking next to busy roads for fear of people shouting something out. I don’t mind it when we are walking the dog at the park or the beach, but even then I have noticed I let go when other people are approaching. Is this internalised homophobia? What should I do?

It sounds like you have found yourself a confident and brave guy which is lovely, but I hear you on the anxiety around public displays of affection. I’m not sure it’s so much internalised homophobia as a genuine concern for safety. Lesbians don’t seem to attract as much negative attention, and sadly gay guys are more open to harassment and acts of violence, even in 2020, even in NZ. Walking hand in hand down K Road would probably bring less attention than smaller towns, but you ought not to be limited in your freedom to express affection wherever you are. I presume your boyfriend understands your fears – that’s important, so he doesn’t think you’re ashamed of him personally. While I want to encourage you to be yourselves, ignore the haters, and role model the reality gay couples exist, it’s also important to be prepared for confrontation. Walk together confidently, but be ready with self-defence and a cellphone to call for back-up if required.

Eli, I am so confused by the current trans debate and where to stand on it. I read JK Rowling’s recent tweets and felt they seemed calm and well-meaning – she even said she would march if trans people were discriminated against. I have older lesbian friends who are concerned about having pre-op trans people entering single-sex areas and having experienced sexual assault myself I can understand their worries. Some of them have even shown me tweets from people claiming to be trans-women threatening violence against TERFs. I know some lovely trans people but I am worried I will offend them if I bring this up.

Bring it up! Listen to the stories and hearts of trans women. Remind your lesbian friends that androgen blockers, as part of the HRT process, effectively renders trans women “chemically castrated” for want of a better term. But most importantly, remind them that the assumption that any person with a penis is a sexual predator is incredibly prejudiced and unfair. Remind them not all trans women are lesbians and therefore have no interest in them in public changing rooms. And anyone who threatens violence, regardless of gender identity, needs to be reported. Hurt people, hurt people, but well-informed and compassionate people can see beyond the prejudice and assumptions and help save lives. Thank you for raising such an important issue!

Got a question for Uncle Eli? E-mail them through in confidence to ask@gayexpress.co.nz