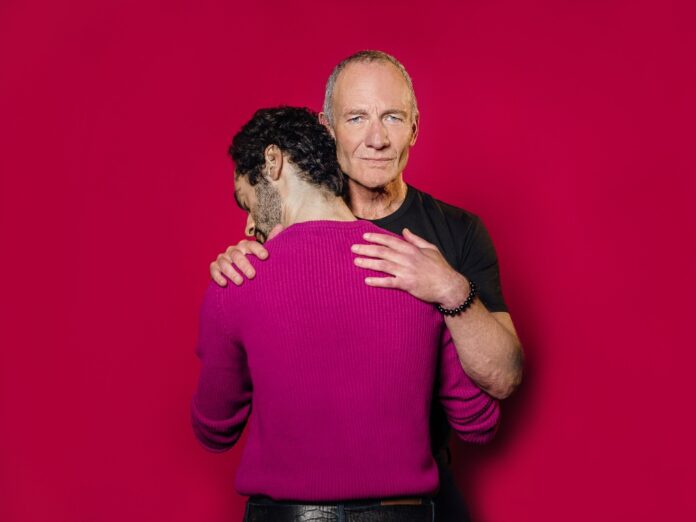 Theatremaker Shane Bosher talks to Oliver Hall about his new award-winning play Everything After which he hopes will become, “a vehicle to have a much bigger conversation about wellbeing, purpose, generation difference and ageing,” in the gay community.

When I first met Shane Bosher over 15 years ago, I was already a fan. As Creative Director from 2003 to 2014, he built SILO Theatre from the ground up, producing and often directing edgy overseas scripts to an ever-increasing audience.

I remember dragging an ex-boyfriend who didn’t see the point of live theatre along to shows like The Women and The Goat and seeing him transform from a naysayer to an avid theatre-goer desperate to see any production Shane had a hand in. His work just has that effect on people.

Since moving on from SILO, Shane has directed numerous queer plays including the critically acclaimed Homos and Cock and now his original work Everything After, which has already picked up an Adam Award for its script.

Everything After follows five years in the life of Nick an HIV+ gay man in his early 50’s who survived the AIDS epidemic and is now navigating his way around a modern gay world filled with hook-up apps, PrEP and chemsex.

“When I was directing Angels in America in 2014, the documentaries How to Survive A Plague and We Were Here had just been released, and – along with conversations with members of the community that had lived through the epidemic – became pivotal resources for [creating Everything After],” Shane tells us.

“I went down a rabbit hole with How To Survive A Plague. One of the activists that was featured in the documentary, Spencer Cox, very soon after the release went off his meds and died following an addiction to meth, bouts of Chemsex, pill holidays and extraordinary depression,” says Shane, explaining his inspiration for the play and noting that the conversation around the P-epidemic in Aotearoa has gone very quiet since the early 2000’s yet, “it’s still here.”

“One of the things Spencer Cox was interested in doing was researching PTSD in the AIDS generation, but he couldn’t get any money because donors were more interested in fundraising for gay marriage and LGBT+ teenagers. I started thinking that there was a real conversation to be had about the fallout of the epidemic, that just because antiretrovirals came along and the community experienced the great Lazarus effect and it is now a manageable condition, it doesn’t mean that the history doesn’t live in the survivors every day.”

Another factor that the same generation also have to navigate is how differently gay men now connect, with hook up apps like Grindr and Scruff, which Shane points out can come with ‘hierarchies’ that can create a great sense of invisibility and bias.

“One of the things that the apps can do, is limit expression. We are initially basing our judgement of a person on their appearance. That’s not to say that we wouldn’t be doing that in a bar, but there’s a greater potential for some kind of connection in real space than there is on an app when you can easily swipe left, block or ignore,” he says.

“40 years ago there were only a few safe spaces to congregate, so class lines were crossed, as well as lines of generational difference and opportunities for transmission of story and of history and to learn from the generations above us.”

As a storyteller, Shane is interested in how we share stories and pass down histories in modern times, particularly in the gay community.

“For me, storytelling and, by design, theatre, are tools that tell us that we are not alone. For me growing up in the 70s and 80s and coming out in the 90s, I found out who I was, through reading and through conversation rather than seeing myself on screen because there were minimal representations of our lives and we had to really hunt them out then.”

Now social media provides platforms where we can learn about the lives of others and their histories in real-time.

“I was struck by the Instagram feed @theaidsmemorial – it’s this extraordinary account which has created a community of history around it. People send in photos of friends that died through the epidemic, or even in recent years because obviously, the epidemic is not over in parts of the world. They tell stories about these people and through this, there’s a sense of transmission because people who never met this person respond and engage with the life that was lived. They have this byline for the account: ‘What Is Remembered, Lives.’ A message that resonates with Shane.

“We need to find ways to always be reminded of what has come before us. We exist in spaces of privilege because of the extraordinary work the previous generations did,” he says.

Shane would like Everything After to help fuel a multi-generational conversation within the community about how we hold our histories, how we learn from them, and how we move through them.

The characters surrounding Nick in Everything After, represent different generations of the community, all with different opinions on how we should move forward and as Shane points out, “all of the characters are flawed, contradictory and alive with possibility and prejudices.”

The big question is how do we take the wisdom of a generation through into the future?

Perhaps there is an answer that can unite us all.

Everything After runs from Friday 2 to Sunday 18 July at Auckland’s Q Theatre. Book at qtheatre.co.nz