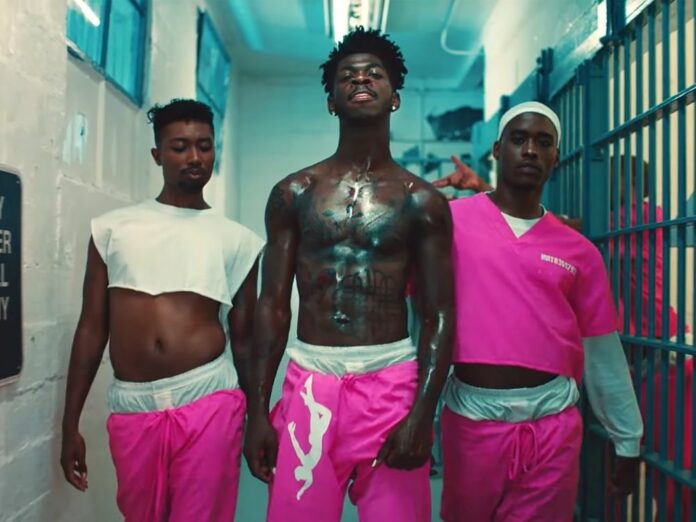 Lil Nas X has dropped a steamy video for his new song “Industry Baby,” featuring an incarcerated Lil Nas X lifting weights, dancing naked in the showers with the other inmates, all while sporting a fabulous pink jumpsuit.

Directed by Christian Breslauer, and produced by Take A Daytrip and Kanye West, The single follows Lil Nas X’s recent entries “Montero (Call Me by Your Name)” and “Sun Goes Down.”

Lil Nas X is now set for the release of his debut full-length Montero, the follow-up to his Grammy-nominated 7 EP.

Watch the official music video below: