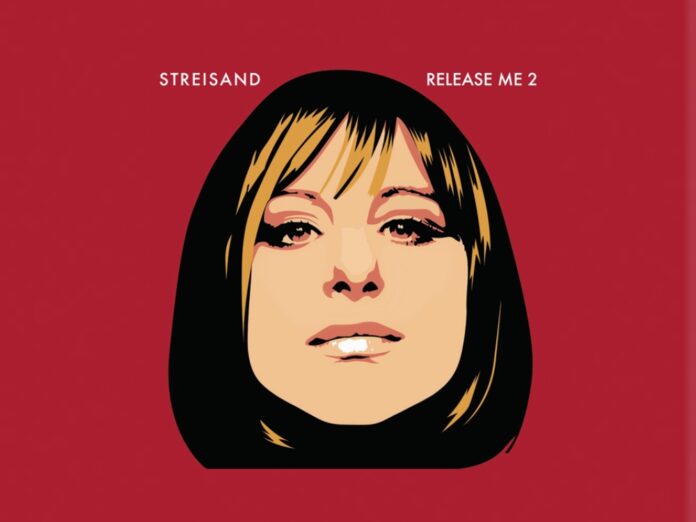 Music legend, Barbra Streisand has handpicked 10 previously unreleased studio gems from her personal vaults for her extraordinary new collection, Release Me 2 – OUT NOW!

Speaking about the new album, Streisand says working on the 2nd volume of ‘Release Me’ had “been a lovely walk down memory lane … a chance to revisit, and in some cases, add a finishing instrumental touch to songs that still resonate for me in meaningful ways.”

“I’m particularly struck by the ongoing relevance of ‘Be Aware’ and ‘One Day,’ which still speak to our collective sense of humanity.”

Streisand says that on the rare occasions when she looks back at her recording career, the album covers and songs remind her of the eras in which she made them.

“When I first started out in the early ’60s, by necessity and circumstance, we worked fast. We didn’t have the time, budget or technology to record an infinite number of tracks. As a result of these so-called “limitations,” we had fewer decisions to make about the best takes or mixes.”

“I suppose this is how between concerts, TV appearances, Broadway musicals, making movies, raising a child, devoting time to social causes, antique hunting, and shopping for one-of-a-kind vintage clothes, I was able to record two albums a year for two decades! The boundless energy of youth is quite remarkable!” she adds.

Release Me 2, which boasts 10 never-before-heard tracks from across the decades is described as a “combination musical playground and laboratory” and a “private sanctuary, where the possibility of catching lightning in a bottle always exists” for Streisand.

“Whenever that kind of magic happens, it’s extremely satisfying. Sometimes though, when the arrangement doesn’t quite gel or the song no longer fits the tone of the album it was meant for, the tapes go into the vault for safekeeping.”

“My brilliant friend, Leonard Bernstein, once said, “‘Music can name the unnamable and communicate the unknowable.’” I think that’s true, because the songs I’ve recorded have provided me with ways of expressing thoughts and feelings that would otherwise be difficult to convey. With that in mind, I hope this collection of tracks that have been quietly resting in their tape boxes, waiting to be released, will stir your emotions or simply make you smile.”

Listen to the new album on your favourite music service HERE!