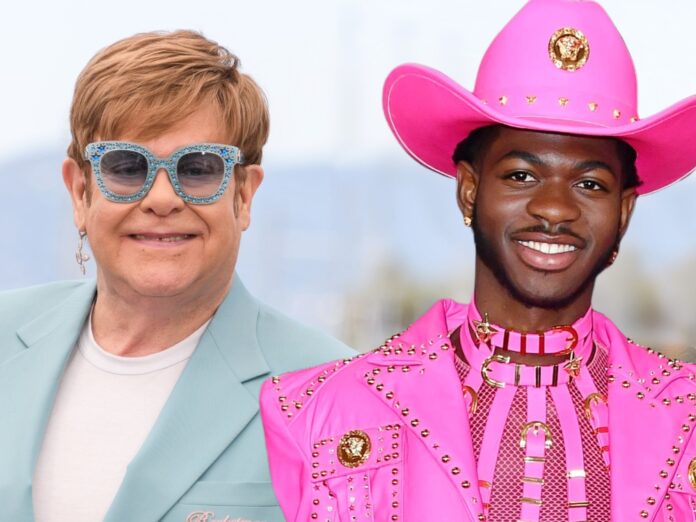 Music legend Elton John has announced the release of his 32nd studio album titled: The Lockdown Sessions, with collaborations from some of the biggest names in music including, Lil Nas X, Miley Cyrus, Charlie Puth, and more!

Recorded over the last 18 months, throughout the coronavirus pandemic, The Lockdown Sessions will take Elton John fans on a “heady journey through many different genres”, with 10 brand new unreleased tracks, and a further six tracks that have been remastered with the new collaborations.

Speaking about the new Album, Elton said that The Lockdown Sessions is a “one-off project” that features other artists that continued to collaborate throughout the pandemic.

“Some of the recording sessions had to be done remotely, via Zoom, which I’d obviously never done before,” he explained.

“Some of the sessions were recorded under very stringent safety regulations: working with another artist but separated by glass screens. But all the tracks I worked on were really interesting and diverse, stuff that was completely different to anything I’m known for, stuff that took me out of my comfort zone into completely new territory,” Elton adds.

“I realised there was something weirdly familiar about working like this. At the start of my career, in the late ’60s, I worked as a session musician. Working with different artists during lockdown reminded me of that. I’d come full circle: I was a session musician again. And it was still a blast.”

The last thing I expected to do during lockdown was make an album but here it is. Thank you to everyone who came together to make it happen.

I can’t wait for you all to hear ‘The Lockdown Sessions’ when it’s released on 22 October, but for now, preorder it from today. pic.twitter.com/u8Qfvuk1Fk

The Lockdown Sessions also features a collaboration with Lil Nas X titled: “One of Us”, The song will also appear on Lil Nas’s debut album Montero, which will be released on 17 September.

Check out the full tracklist below: