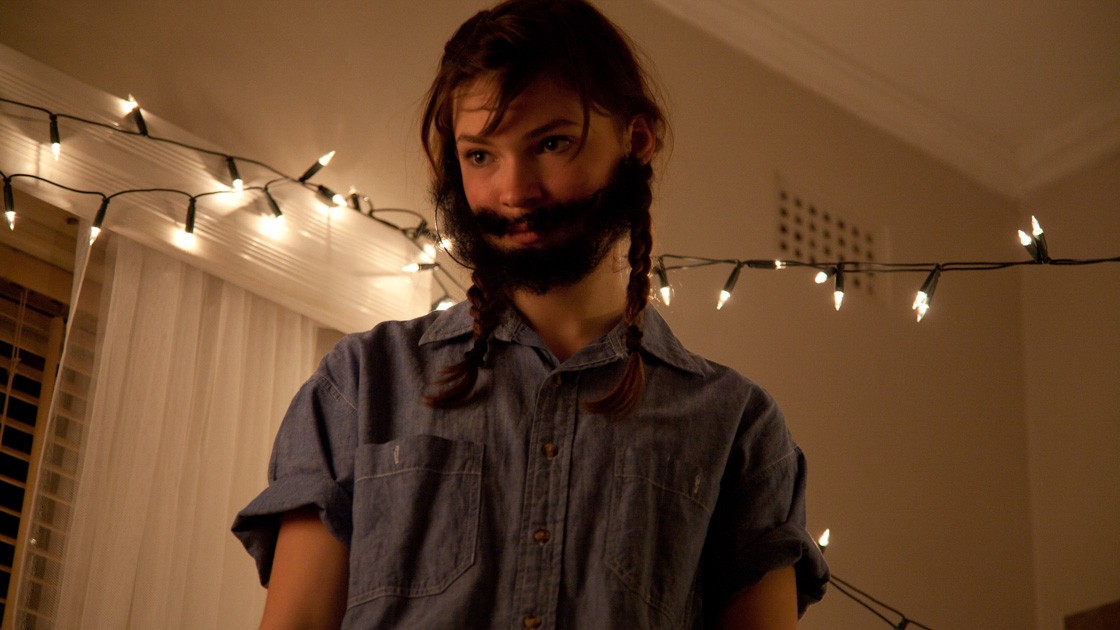 What is it about Australian cinema that’s so much more varied and insightful than our own, more ready to take risks both in content and form?

Yes New Zealand cinema has an edge, but considering the geographical narrowness of our divide, there’s a significant departure in ambition and scope.

52 Tuesdays is exemplary in almost every respect. It’s experimental cinema committed to realism in as much as this includes the occasionally fragmented sequencing of time, a personal retrospect hinged on the more fraught and ecstatic moments. This unquestionably is how a teenager comes to experience his or her formative years, shaped perilously around a handful of landmark moments with violent adolescent enquiry filling in the blanks.

The film centres on teenager Billie (Tilda Cobham-Hervey, strangely reminiscent of fellow Oz actresses Emily Browning and Mia Wasikowska) whose mother is transitioning into a man, thereafter limiting time spent with her daughter to weekly visits (Tuesday) to ease the process’s estimated duration (a full year, or 52 Tuesdays).

Billy seems nonplussed. As the film progresses however, her actions become guided by some hidden fervour not detailed in full until much later.

It could easily be classed as ‘queer’ cinema, but beyond that reckons with the power of art to clarify the mysteries of gendered being as Billie explores the sexual-identities of two classmates, via explicit cam-diaries.

It sounds creepy in a Larry Clark way, and in fact voyeurism is briefly touched on as a character of questionable morals gets hold of the footage. But mostly, Billie’s tortured curiosity about the mysteries of sex and the innermost workings of others, buoys our faith in the innocence of what’s decidedly an artistic endeavour.

Her mother (Jane FKA James), Billie tells us, used to be her greatest confidant. All Billie wants now is to reconcile the betrayal of this clandestine transformation, no easy task as we’re eventually shown (otherwise where would the movie be?).

If you’re looking for thoughtful, poetic, emotionally challenging indie-cinema (the proverbial ‘unknown-casting’ works a treat here), then look no further.

52 Tuesdays is out on DVD now.