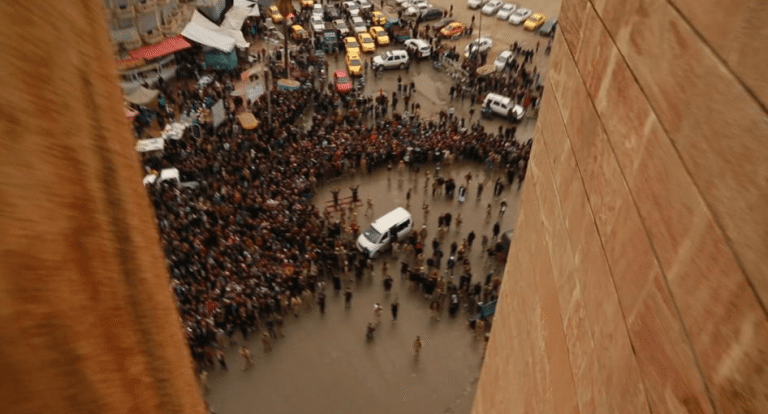 The man was thrown off the highest point in the city of Mosul, Iraq for allegedly committing a crime of “the people of Lot,” meaning an act of sodomy. A second gay man is believed to have been executed the same way as well.

Further photos available online which express will not publish show the man’s body on the ground, surrounded by an angry mob.

ISIS are known to inflict a range of punishments on those it believes have infringed on Islamic law.

Last November, the group stoned two men to death in Syria, claiming they had evidence the men were gay.