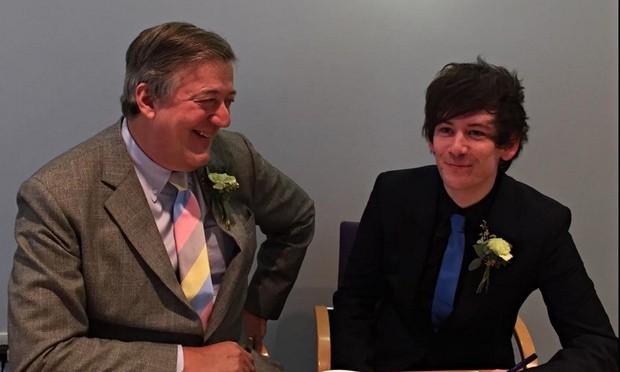 Stephen Fry, 57, has married his partner Elliot Spencer, 27, at a register office in Dereham, Norfolk.

The information was announced by Fry himself as the actor and presenter posted a picture on Twitter of him and partner, Spencer signing a marriage register.

Fry had earlier hinted that the wedding would take place by tweeting that he would be attending a banquet before attending a football match. “Gulp! @Ronnieo147 v @nr147 this afternoon @BBCSnooker. A banquet. And then @NorwichCityFC v @CardiffCityFC – good things… #BBCSnooker.”\