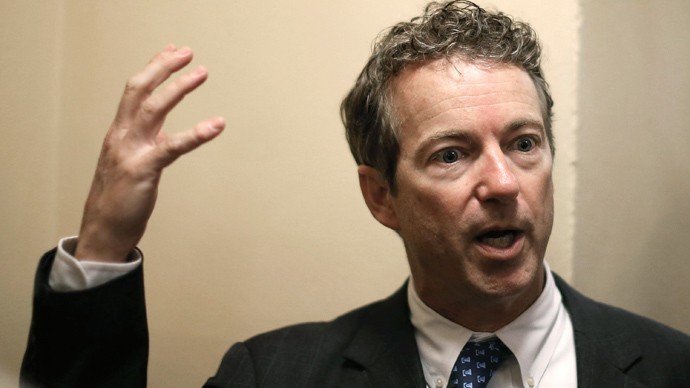 Kentucky Senator Rand Paul has joined Ted Cruz in the race to seek the Republican party nomination for the US Presidency.

Rand Paul is a freshman Senator who won his Kentucky Senate seat in 2010 with the backing of the far right tea party. He is the son of congressman Ron Paul who himself sought the Republican party nomination for President in 2008 and 2012.

While some have described Rand Paul as libertarian, his record on gay rights and marriage equality suggest a more standard Republican party style of social conservatism.

Paul has as recently as 2013 rejected the very idea of gay rights saying  “I don’t think I’ve ever used the word gay rights, because I don’t really believe in rights based on your behaviour.”

On the issue of same sex marriage, Paul said the concept “offends myself and a lot of people.”

Paul argued same-sex marriage results from a “moral crisis” that will require “another Great Awakening with tent revivals of thousands of people saying, ‘reform or see what’s going to happen if we don’t reform.’”