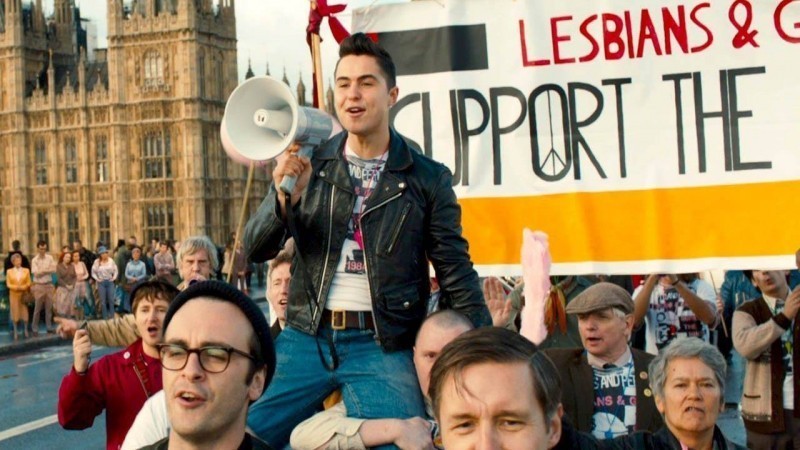 The legendary Lesbians and Gays Support the Miners (LGSM) group has rejected an invitation to lead London Pride after a disagreement over the positioning of other union members in the parade.

Lesbian and Gays Support the Miners (LGSM) has rejected London Pride’s invitation to lead this year’s event. The invitation was made mark the 30th anniversary of the 1985 parade which was lead by the legendary group.

LGSM have received renewed public interest since the release of Pride last year which depicted the group’s support for striking mine workers in Wales during the Thatcher years.

The invitation was rejected by LGSM as they were told by organisers they would not be allowed to march with other unions reports The Morning Star.

London Pride organisers argued it would be impossible to accommodate the large numbers of trade unionists planning to march with the group. Members of LGSM and the TUC LGBT committee proposed a compromise which would see union members march behind, but close to the group. But the Pride board insisted that the unions marched in block C — leaving them more than a mile behind their comrades in LGSM.

LGSM co-founder and secretary Mike Jackson said the group had been “the victims of our own popularity.

“It would have been a treat to lead the parade, but we don’t have to be the front line,” he said. “It’s more important to us that we’ve been on picket lines, to be honest.”

The London Pride parade will be held Saturday 27th of June.